Z-Boys is a seven-member international project boy group currently under Divtone Entertainment.[1] A part of the Z-POP DREAM project, they released their debut track "No Limit" on February 22, 2019 and officially debuted on February 23 in the "Z-POP DREAM Live in Seoul" concert.[2] 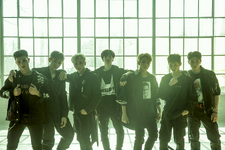 Retrieved from "https://kpop.fandom.com/wiki/Z-Boys?oldid=200966"
Community content is available under CC-BY-SA unless otherwise noted.