Yoollin (율린) is a South Korean singer under Purple Entertainment. She is a former member of the girl groups MIDNIGHT and BaBa (under the stage name Roha).

Roha was added to the lineup of the girl group BaBa in December 2017 and made her official debut with the group on July 3, 2018 with their third comeback "Oh! My God!".

However, later on in the same year, she left the group.

In January of 2019, she was revealed as a member of MIDNIGHT under her birthname Yebin.[1]. She participated in the group's pre-debut single "MIDNIGHT Project Single Album Vol.1" in March but left the group shortly after.

On August 9, 2019, Purple Entertainment uploaded a profile picture for Yoollin on their Instagram, revealing she had signed with them.[2] 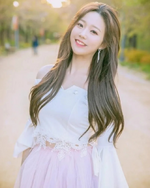 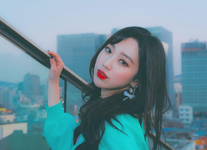 Retrieved from "https://kpop.fandom.com/wiki/Yoollin?oldid=213538"
Community content is available under CC-BY-SA unless otherwise noted.