The group disbanded on January 6, 2020 after the agencies representing the members could not reach an unanimous agreement following the Produce 101 vote manipulation controversy.[5]

They were intended to be active for five years on a special contract, where the first semester was intended for them to focus solely on the group, and in the second half, they would have been able to do work within their own companies, such as solo debut, a member of a new group or returning to work with a former group.

Following the conclusion of Produce X 101, vote rigging allegations surfaced after viewers noticed irregularities in the number of votes counted, which series PD Ahn Joon Young later admitted were rigged.[6] Despite of this at the time, their debut moved forward.

A reality show titled X1 Flash, which followed their process to debut, began airing on August 22.[7] X1 debuted on August 27 with the release of their first mini album 비상 : Quantum Leap and held their debut show-con at the Gocheok Sky Dome in Seoul.[8]

By November 2019, the group had temporarily halted all activities due to the severity of the event.[9] It was also revealed that some members had still not yet signed contracts with CJ ENM due to the ongoing investigation.[10]

On December 30, CJ ENM's CEO Heo Min Heoi held a press conference to make a formal apology regarding the manipulation controversy surrounding the Produce 101 series. He explained that CJ ENM will be compensating everyone harmed due to the incident. Regarding IZ*ONE and X1, he shared that they are working on plans for the groups to resume activities, and Mnet will give up all resulting profits towards a fund.[11]

On January 6, 2020, the agencies representing the members announced the group has disbanded due to not being able to reach an unanimous agreement.[5] Meanwhile, their fandom, ONE IT, staged protests on CJ E&M demanding the group's disbandment was unfair and relaunch the group. The fandom also sent LED Trucks to promote their movement, however the protest did not change the outcome.

After disbandment, Seungyoun continued being a soloist under the name of WOODZ, as UNIQ are still on hiatus, though they are not disbanding.

On April 23, 2020, it was announced that Wooseok would make his solo debut. On May 25, his solo mini album 1st Desire [Greed] was released.[13] He currently hasn't returned his activites with UP10TION.

Yohan made his solo debut on August 25, 2020 with the digital single "No More". He also debuted a member of WEi on October 5, 2020. He has also had some acting roles in dramas such as A Love So Beautiful.

On February 2, 2020, Hangyul and Dohyon held a fanmeeting. On February 5, the duo released a special digital single for their fans, called "Happy Day". On February 24, it was announced that they would be debuting as a duo on March 26, which was later postponed to April 21, with the release of a mini album.[14][15] On March 30, they released a pre-release single titled "Unfamiliar", and on April 21, they officially debuted as H&D with the mini album Soulmate. The two were then confirmed to be members of the new boy group BAE173, the group debuted on November 19, 2020 with their first mini album Intersection : Spark. It is unknown whether Hangyul will continue activites with IM.

On September 4, 2020, Woollim Entertainment announced that Junho would be debuting in the new boy group DRIPPIN, scheduled to debut sometime in October.[16] The group officially debuted on October 28, 2020 with the mini album Boyager. He also participated in Woollim's collaboration single "Relay".

Dongpyo debuted as a member of the boy group MIRAE on March 17, 2021 with the mini album Killa.

On February 13, 2020, Starship Entertainment revealed that Minhee and Hyeongjun would be debuting a new boy group, CRAVITY, in the first half of the year with the two joining as members.[17] The group debuted on April 14, 2020 with the mini album Hideout: Remember Who We Are - Season1.

On August 13, 2020, Brand New Music announced that Eunsang would be making his solo debut. His debut single album, "Beautiful Scar", was released on August 31.[18] It was later announced that he would be debuting as a member of YOUNITE with the EP Youni-Birth on April 20, 2022. 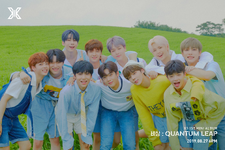 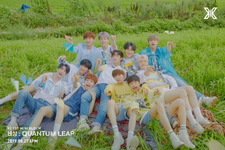 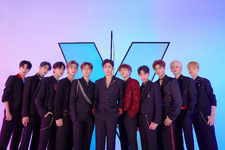