Wooseok X Kuanlin (우석X관린) was a unit duo formed by Cube Entertainment. Composed of Wooseok of PENTAGON and Kuanlin, they debuted on March 11, 2019 with their first mini album 9801. 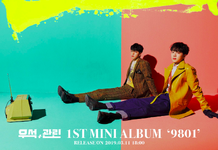 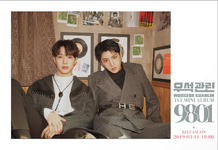