Wannable
Wanna One (워너원; also stylized as WANNA·ONE) was an 11-member project boy group under Swing Entertainment. They debuted on August 7, 2017 with their first mini album 1X1=1 (To Be One).

They officially concluded their activities on January 27, 2019.

In February 2017, it was reported that the next season of the successful Produce 101, Produce 101 Season 2 was confirmed for filming. In contrast to last season where they formed a unit girl group, it was announced that this season it will be a boy group that will be formed from a pool of 101 trainees from 54 entertainment companies. The show premiered on April 7, 2017 and its finale aired on June 16, 2017, with the 11 winners forming a boy group. The group's debut lineup included Yoon Jisung and Kang Daniel from MMO Entertainment, Ha Sung Woon from Ardor & Able, Hwang Min Hyun from Pledis Entertainment, Ong Seong Wu from Fantagio, Kim Jae Hwan, an independent trainee, Park Ji Hoon from Maroo Entertainment, Park Woo Jin and Lee Dae Hwi from Brand New Music, Bae Jin Young from C9 Entertainment and Lai Kuan Lin from Cube Entertainment.

It was revealed that after the final concert of Produce 101 Season 2 at the beginning of July is over, the group will be preparing for their debut. It was also revealed that they will be advertising for school uniform brand, Ivy Club, which was noted as this was before the finale occurred.

On November 13, they released a repackage album for their first mini album called 1-1=0 (Nothing Without You).

On April 2, it was announced on their fancafe the group will be going on a world tour titled One: The World. The tour will be held in fourteen different cities during the course of three months. Three days later, the Seoul dates were then revealed to be held from June 1 to June 3.[1]

On April 16, YMC revealed that Wanna One would be collaborating with different artists to make 4 different unit tracks. The artists consist of Zico, Heize, Dynamic Duo, and NELL. The process will be documented in their third season of Wanna One Go, titled Wanna One Go: X-CON, with the first episode to be aired on May 7.[2] On May 7, the episode, along with a teaser video was released showing that the group would be releasing the special album 1÷x=1 (Undivided) on June 4.[3] Individual teaser photos were then released from May 8 to May 10.[3] On May 14, the units and the respective artists they would be collaborating with were then revealed in the episode and the preview video.[3] The next day, the concept photos for the unit No.1, which consists of Park Ji Hoon, Bae Jin Young, and Lai Guan Lin, in collaboration with Dynamic Duo, were released.[3] On May 16, the unit concept photos for The Heal, which consists of Ong Seong Wu and Lee Dae Hwi, in collaboration with Heize, were released.[3] The next day, the concept photos for the unit Lean On Me, with members Hwang Min Hyun, Yoon Ji Sung, and Ha Sung Woon, in collaboration with NELL, were also released.[3] On May 18, the concept photos for the last unit Triple Position, which consists of Kang Daniel, Kim Jae Hwan, and Park Woo Jin, in collaboration with Zico, were then released.[3] The concept films for each unit were then released in pairs on May 19 and May 20 with The Heal and No.1 being released on the 19th and Lean On Me and Triple Position being released the next.[3] On May 21 and 22, a group concept teaser video and a teaser photo, respectively, were released on each day.[3] From May 23 to May 25, individual teaser photos for "Light" were revealed.[3] On May 28, the track list and the music video teaser for "Light" were then released.[3]

On May 31, a statement was released to the fancafe that explained how Wanna One would be transferring from YMC Entertainment to Swing Entertainment on June 1. Swing Entertainment would be made to exclusively support them until December 31, which is the duration of their contract, and will continue to collaborate with YMC for a smoother transition.[4] On the same day,, it was announced that Wanna One would be performing at KCON 2018 LA, which was to occur at the Staples Center on August 10 to August 12.[5] To which they were to perform on August 11, as part of the lineup for the Saturday concert.[6]

From June 1 to June 3, they held their concert One: The World at the Gocheok Sky Dome in Seoul.[7] During which, they were to reveal the four different unit tracks from Wanna One Go: X-CON. On June 4, Wanna One released their first special album 1÷x=1 (Undivided), which contains the four unit tracks and the title track "Light".

On July 27, it was announced that Wanna One would be one of the artists to perform at the opening ceremony for the 2018 Busan One Asia Festival on October 20.[8] On August 16, they were also revealed as one of the artists for KCON 2018 Thailand, which was to occur on September 29 and 30 at the IMPACT Arena. They then performed on September 29 as part of the line up for the first day.[9]

On October 24, a teaser photo was released showing that Wanna One will be having a comeback on November 19.[10] The music video for their upcoming comeback was then filmed on October 25.[11]On October 26, a teaser video was released, along with a report by Xportnews that their final comeback show would be held on November 22.[12] From October 31 to November 3, individual moving photos were released in groups of threes and a pair on the final day.[10] A group teaser photo was then released on November 5.[10] The adventure version of the teaser photos for the individuals and group was released from November 6 until November 8 while the romantic version of the teaser photos was released from November 9 until November 11.[10] The first music video teaser for their title track "Spring Breeze" was then released on November 13.[10] The next day, their title track was unfortunately leaked. Swing Entertainment replied that they are assessing the situation and have reported the issue.[13] On November 15, they revealed the track list, along with an album preview video and dropped the second music video teaser on November 16.[10] On November 19, the group released their first and final studio album 1¹¹=1 (Power of Destiny).

Their contracts ended on December 31, 2018 but they officially concluded their activities on January 27, 2019, following their last concert Therefore.[14][15]

On November 15, 2021, the organizers of the 2021 Mnet Asian Music Awards announced that Wanna One (except Kuanlin) would be performing at the upcoming award ceremony.[16]

On January 10, 2022, it was announced that the group will release the song "Beautiful (Part.3)", which they performed at the 2021 Mnet Asian Music Awards, as a single on January 27.[17] On January 24, 2022, Swing Entertainment released the first teaser image for the digital single "B-Side".[18] Swing Entertainment also launched the group's YouTube channel for archive purposes.

Main article: List of awards and nominations received by Wanna One 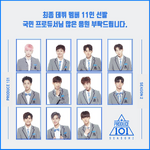 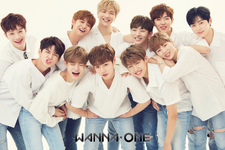 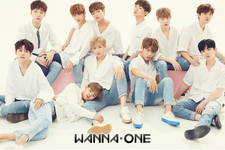 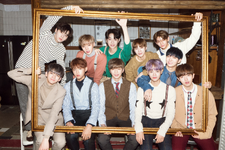 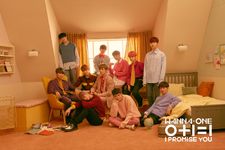 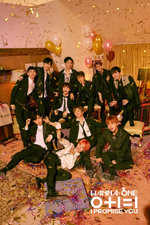 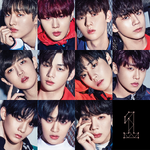 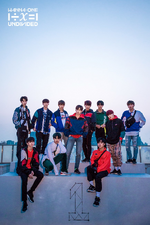 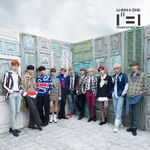