Vivid Tangerine
Airforce Blue
Timberwolf
WJSN (also known as Cosmic Girls; Korean: 우주소녀, Chinese: 宇宙少女) is a 13-member girl group formed by Starship Entertainment and Yuehua Entertainment. They debuted on February 25, 2016 with their first mini album Would You Like?. It consists of members from South Korea and China.

On November 15, Starship Entertainment announced that they were preparing for the debut of a new girl group in 2016, though no members had been finalized.

On December 3, Starship confirmed the new girl group would be a twelve member group, consisting of a mix between Korean and Chinese members, and would be shared with Yuehua Entertainment in China. The group was also to be named "WJSN" (or "Cosmic Girls"), which was shown through a logo teaser, and was said to be categorized into four units: Wonder, Joy, Sweet and Natural. Finally, EXY was confirmed to be a member.

2016: Debut with Would You Like?, Yeonjung's addition, and The Secret

The next day, Starship released the track list for the debut album, which was to be called, Would You Like? and confirmed the title track to be "Mo Mo Mo." They also released debut album individual teasers. WJSN had their first live performance at the Giga Legend Match on February 20. They performed their title track "Mo Mo Mo," their b-side, "Catch Me," and EXY performed solo with the song, "Mad Thing." Following the performance, Starship released the first "Mo Mo Mo" MV teaser on the 21st and a "Catch Me" MV teaser on the 23rd. On February 25, WJSN officially debuted on Mnet's M!Countdown and the "Mo Mo Mo" music video was released. Also, on March 9, Starship released the "Catch Me" MV. For an entire three months, the group promoted the song on multiple broadcasting stations. They also participated in variety shows such as Weekly Idol, After School Club, and Music Bank: Stardust, also working with 1theK, NewsAde, and Daum Kiss. The final "Mo Mo Mo" stage was on May 7 at MBC's Show! Music Core.

Starting on March 17, WJSN began releasing "Uzzu Tapes" on both YouTube and the V App. Uzzu is a character or mascot of WJSN that has both a digital form and physical form (an actual plushie). The purpose of Uzzu was to promote the group from a different angle. Uzzu Tapes are special behind the scenes videos from "Uzzu's perspective." Videos have varied from BTS clips during MV shoots to the girls going on a tour in hanbok at a historical site. Other Uzzu Tapes are used for music purposes, such as song covers, though these are often, specially labelled as "Special."

On May 23, WJSN was confirmed to have their own reality show called, Would You Like? Girls, and it would air on Mnet starting June 9. The series is eight episodes long and with each episode there came a preview, BTS clip, and an unreleased clip. Throughout the short season, the group showed their dorm/daily life, their travels, and adventures as they visited a farm and participated in water floating activities (such as being pulled by speedboats and being launched into the air by a long inflated tube).

On July 1, Starship announced that they would be debuting a special collaboration unit between WJSN and MONSTA X called Y TEEN, to promote as brand models for KT Phone Fare Service. Teasers were released on August 2 and 3, then they officially released the single "Do Better" on August 6 along with a music video.

On July 11, it was officially announced that Starship trainee and former Produce 101 contestant, Yoo Yeonjung, would be joining WJSN. Her addition was first announced through a mysterious video teaser on YouTube. Although she had debuted with I.O.I earlier in the year on April 1, Yeonjung would be a part of both lineups, ultimately finding her home in WJSN once the contract with YMC Entertainment expired. Along with the news of Yeonjung's addition, Starship also announced that WJSN planned to have a comeback in August. The first photo teasers were released on July 28 and were called, "13 Secrets." On August 2, the comeback schedule, "Secret Diary," was released. For the most part, the photo teasers, or "Cipher Keys," were released on schedule: the 4th, 5th, 6th, and 8th (this one was delayed). Smaller details about the comeback were released on the 9th and "The Secret Film" came out on the 10th, which just showed the scenery of the teaser photoshoot. Over the next few days, an MV teaser was released for the title track "Secret," an album music preview teaser was dropped, and the mini album was made available for pre-order. On August 17, WJSN released their second mini album The Secret, along with the MV for the title track "Secret". The group then officially had their comeback stage on Mnet's M Countdown the following day, performing both "Secret" and their b-side, "Bebe." "Secret" ended up charting very well and remained in Mnet's Top Ten Chart even after the sixth week of promotions. The final stage was on October 7 on KBS's Music Bank.

The first set of image teasers was dropped on December 19, 2016, revealing scenery photos and parts of the concept. Concept photo teasers were released on the 21st and 22nd, both revealing individual teasers and a single group photo. Much like the last era, WJSN dropped a "Secret Film" that showed more of the scenery from the photoshoot on December 27, 2016. During the same day, the title track was revealed to be called, "I Wish." On the 28th, a MV teaser was released, but the schedule was also adjusted due to a delay and their comeback was pushed back to January 4. A few days from the release of the MV, KBS revealed a long teaser from the "I Wish" MV, showing the entire chorus. Fans thought it had been a leak, but it was later confirmed to be an actual broadcasted clip. WJSN made their comeback on January 4 with their third mini album From. WJSN with the title track "I Wish" and it's MV released on the same day. The group performed both "I Wish" and their b-side, "Say Yes," on Mnet's M Countdown on the 5th. With their comeback, WJSN placed #1 on real-time Mnet's real-time chart, giving the group their first ever #1 chart placement since debut. WJSN was attracting more attention as a whole during the "I Wish" promotions and received numerous offers some different broadcast stations to participate on their shows, such as Knowing Bros, Insolent Housemates, and Flower Crew. By the middle of February, the group had recorded for 14 different variety shows between all of them, most of the recordings containing all of the members (not including Mei Qi, due to Starship officially establishing she would no longer promote during the 'I Wish' era unless noted).

On April 3, the group announced their first solo concert, Would You Like, would be held from May 19 to 20 at the Blue Square Samsung Card Hall in Seoul.[1]

On May 17, it was reported that the group will later make a comeback with their first studio album with famed composer team Black Eyed Pilseung will be producing the title song, and on the next day, it was confirmed. On May 24, the first batch of teasers were released with follow up teasers from the 26, 27, and 28. On May 30, like previous albums, they released a "Happy Film" which showed various scenes in their music video. Finally on June 7, 6 p.m. KST, the group released their first album Happy Moment with "Happy" as the title track with accompanying music video. The next day, they performed "Happy" and their b-side "Miracle" on Mnet's M Countdown.

On July 5, it was announced that the group will be making a surprise summer comeback with the promotional single "Kiss Me".

On January 31, it was exclusively reported that WJSN would make their comeback on February 27 with a new album.[2] At 9 p.m. KST on February 5, a teaser poster for WJSN's 4th mini album Dream Your Dream was released through the groups' various SNS accounts. It was followed by the release of a teaser schedule.[3] Dream Your Dream was released on February 27 accompanied by a music video to the title track, "Dreams Come True". A showcase to promote the release of the album was held on the same day at Yes24 Live Hall in Seoul.

WJSN held their first official fanclub meeting titled UZZU PARTY - WELCOME TO WJSN on March 25 at the Yes24 Live Hall in Seoul.[4] However, members Xuanyi and Meiqi were not able to participate.

On September 2, WJSN released their coming soon teaser for WJ Please? through their official group Twitter and Instagram accounts.[5] It was also revealed by Starship that members Xuan Yi, Mei Qi, and Cheng Xiao would not participate in WJ Please? promotions due to conflicting overseas schedules in China. WJSN received their first Korean music show win on October 2, through SBS MTV The Show.

On December 18, 2018, Starship announced that WJSN would be making a comeback in January.[6] Their agency also confirmed on the 24th the group would continue to promote with 10 members due to Xuan Yi, Mei Qi, and Cheng Xiao's ongoing activities in China.[7] Their sixth mini album titled WJ Stay? was released on January 8.

WJSN held their second solo concert, Would You Stay: Secret Box, on March 2 and 3 at the Blue Square I-Market Hall in Seoul.[8]

On May 18, the group announced that they would be releasing a special album, For the Summer, on June 4.[9]

On December 19, 2019, WJSN announced their third solo concert, Obliviate, would be held on February 22 and 23 at Olympic Hall in Olympic Park, Seoul.[10] Additional stops in Osaka and Tokyo were announced on December 27, 2019.[11]

On May 8, Starship confirmed WJSN would be making a comeback in June. Their eighth mini album, Neverland, was released on June 8 with "Butterfly" as the title track.[15]

On September 23, it was announced the group would be debuting their first sub-unit, WJSN CHOCOME, on October 7 with their first single album "Hmph!".[16]

On March 14, it was announced the group would be releasing their ninth mini album, Unnatural, on March 31.[17]

On April 24, Starship Entertainment announced member Dayoung would be going on hiatus due to a severe auto-immune disease. [18]

On April 26, it was announced the group would be debuting their second sub-unit, WJSN THE BLACK, on May 12 with their first single album "My Attitude".[19] 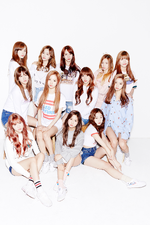 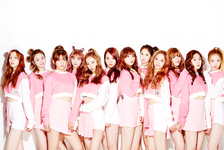 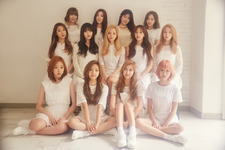 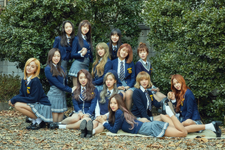 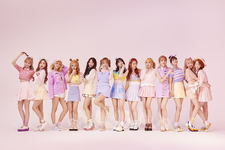 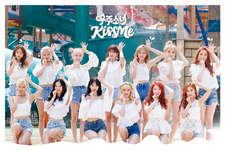 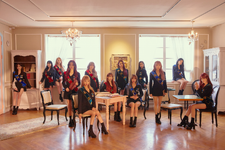 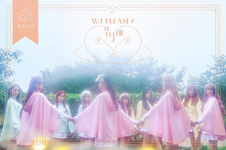 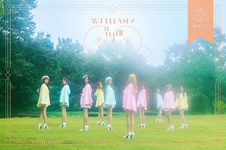 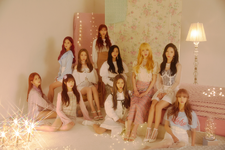 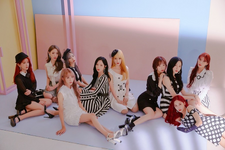 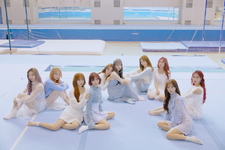 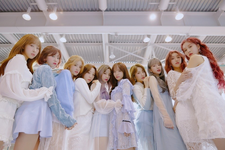 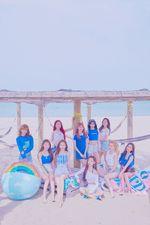 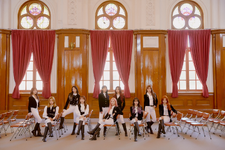 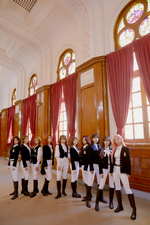 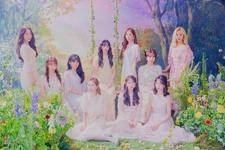 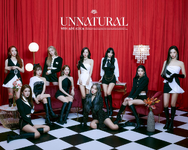 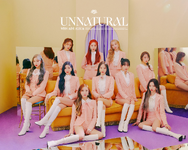 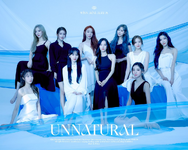 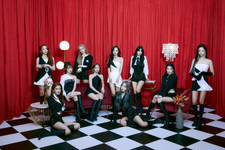 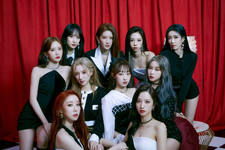