VIBE (바이브) is a R&B duo under MAJOR9. They originally debuted as a trio, releasing their first album Afterglow on February 1, 2002. Following the departure of Yoo Sung Gyu in 2005, the group continued as a duo. 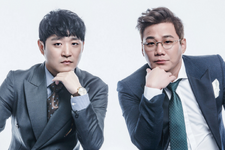 Retrieved from "https://kpop.fandom.com/wiki/VIBE?oldid=214449"
Community content is available under CC-BY-SA unless otherwise noted.