The Starz (더스타즈) was a four-member girl group under Shin Entertainment. They made their debut on October 8, 2015 with the digital single "그대가 좋아요".

An official disbandment notice has never been released, but Shin Entertainment has deleted any mention of the group from their social media.[1] The last time the group someone spoke of the group as if they were still active was when Mi Rin revealed in April 2017 that she had left the company.[2] 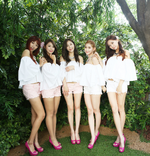 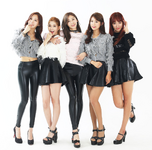 Retrieved from "https://kpop.fandom.com/wiki/The_Starz?oldid=145172"
Community content is available under CC-BY-SA unless otherwise noted.