Takeuchi Miyu (Korean: 타케우치 미유; Japanese: 竹内美宥) is a Japanese singer currently under MYSTIC Story. She is a former member of the Japanese group Fruit and supergroup AKB48 and a part of the trainee group MYSTIC Rookies.

In 2009, she joined AKB48 after passing their 9th Generation auditions. She made her theater debut with the group on November 15, 2009.

In 2018, she became a contestant on the survival show Produce 48. She ranked 17th place in the finale, therefore being unable to debut with IZ*ONE.[1]

On September 5, 2018, Miyu announced her graduation from AKB48 after nearly ten years. Her final handshake event took place on December 23, 2018.[2]

On March 7, 2019, it was announced that Miyu had signed an exclusive contract with MYSTIC Entertainment.[3]

In October 23, 2019, she participated in Yoon Jong Shin’s monthly singles and released her first single "My Type".[4] A Japanese version of the single was released on October 31.[5]

She was revealed as part of the trainee group MYSTIC Rookies on February 19, 2020.[6] 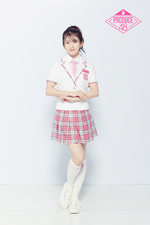 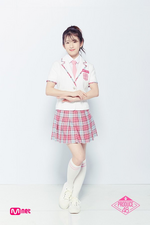 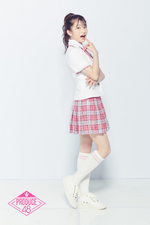 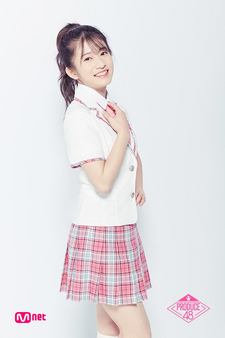 Retrieved from "https://kpop.fandom.com/wiki/Takeuchi_Miyu?oldid=168717"
Community content is available under CC-BY-SA unless otherwise noted.