Tahiti (타히티) was a girl group under DreamStar Entertainment. Originally as six, they debuted on July 24, 2012 with the digital single "Tonight".

Tahiti launched a sitcom-style reality program called Ta-Dah! It's Tahiti with their original line-up. The show began broadcasting on April 14, 2012 and was picked up by television stations in South Korea, China, Japan, Taiwan, Malaysia, Indonesia, the Philippines and Singapore.

Following the ending of Ta-Dah! It's Tahiti, it was announced that Ari and Hanhee had left the group and would be replaced by Ye Eun and Keezy.

After the release, EJ, Keezy and Yeeun are replaced by Jin, Ari and Miso, with the release with another single "Hasta Luego".

On July 23, 2013, the group release their first mini-album, Five Beats of Hearts, with the title track "Love Sick". Jin did not participate in the comeback although she was still a member of the group.

On June 4, 2014, it was revealed that Jungbin chose not to participate the group, and as for this, she would go on a temporary hiatus. The company announced that statement that Jungbin hasn’t perform yet because she was on the busy schedule.

On June 10, 2014, new member Jerry was introduced with their comeback single "Oppa, You're Mine".

On January 4, 2015, Tahiti released their second mini album, Fall Into Temptation, with the title track "Phone Number." Jungbin and Jin did not participate in the comeback and presumably left the group sometime afterwards. The group continued as 5 members with the release of their fourth single "Skip".

On March 15, 2017, the agency announced Jisoo had been diagnosed with panic disorder and depression and would sit out of activities, starting with their "Tahiti Japan Live in Osaka" concert on the 17th.[1] On December 8, 2017, Jisoo announced her departure from the group.[2]

On July 25, 2018, member Jerry announced the group's disbandment after seven years since their debut.[3] 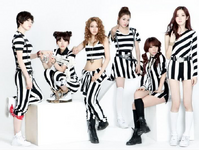 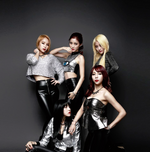 Retrieved from "https://kpop.fandom.com/wiki/Tahiti?oldid=202141"
Community content is available under CC-BY-SA unless otherwise noted.