XIA (cousin)
Taeha (태하) is a South Korean singer under Inter B.D Entertainment. She was the main vocalist of the girl group MOMOLAND.

She was born in Jeonju, South Korea. Originally her name was Kim Min-ji (김민지) but she legally changed it to Kim Tae-ha (김태하).[1]

In 2009, she participated in the audition of the first season of competition show Superstar K.[3] She also appeared on Mnet's Produce 101 as a trainee under Starship Entertainment. She ranked 50th place in episode 8 and was eliminated.[4]

On November 30, 2019, MLD announced Taeha's departure from the group, with her exclusive contract with the agency terminated.[6]

On July 23, 2020, Taeha uploaded the first video on her YouTube channel. 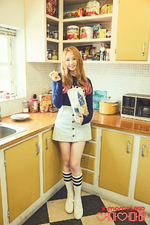 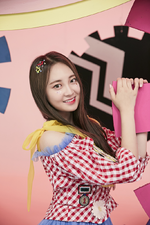 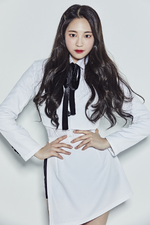 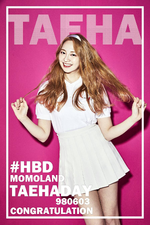 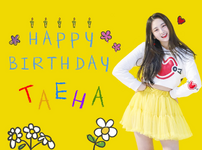