36,000
TWICE 1st Tour: TWICELAND The Opening is the first Asia tour held by TWICE. The first leg was held from February 17 to 19, 2017 in SK Olympic Handball Gymnasium, Seoul, South Korea. 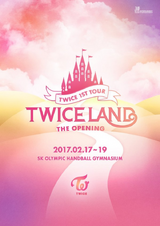 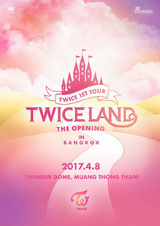 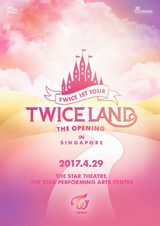 Retrieved from "https://kpop.fandom.com/wiki/TWICE_1st_Tour:_TWICELAND_The_Opening?oldid=212465"
Community content is available under CC-BY-SA unless otherwise noted.