Warner Music Japan
#TWICE is the debut Japanese best album by TWICE. It was released on June 28, 2017 and consists a total of ten songs including Japanese versions of all their Korean title tracks so far.

The Japanese version of "Signal" was pre-released on Japanese digital platforms (iTunes, Apple Music, Spotify and Recochoku) on June 14, 2017.

A pop-up store selling exclusive #TWICE merchandise was held in Shibuya 109 shopping centers in Shibuya, Tokyo, and Abeno, Osaka, from July 1 to July 30, 2017. 14 exclusive goods were available, and 5 more were added from July 15. A few of them were also available for sale online, from July 21 to 30. 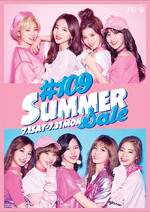 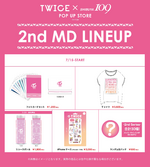 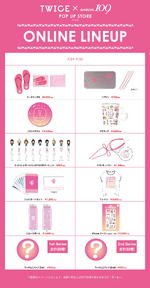 Retrieved from "https://kpop.fandom.com/wiki/TWICE_(album)?oldid=212467"
Community content is available under CC-BY-SA unless otherwise noted.