Treasure Makers(T.S.E.)
TREASURE (트레저) is a 12-member boy group under YG Entertainment. They debuted on August 7, 2020 with their first single album "The First Step : Chapter One".[1]

They were originally scheduled to debut sometime between May and July 2019 but it was postponed.[2]

On October 29, 2018, YG Entertainment announced the launch of a new survival show for the debut of the agency's newest boy group. A total of 29 trainees would compete, with most between the ages of 14 to 19.[3] The show, YG Treasure Box, began airing on November 18 and ended on January 18, 2019.

The following day, Yang Hyun Suk announced that he would form a second group from the show, comprising of six members, to debut after TREASURE.[9] The six members were revealed from January 30 to February 4: Ha Yoon Bin, Mashiho, Kim Do Young, Yoshinori, Park Ji Hoon and Asahi, respectively.[10]

On February 7, reports surfaced that the two groups would be promoting together and separately. It was confirmed later that day on a blog post by Yang Hyun Suk on YG Life's official website.[11] He revealed that the 13 members will first debut as TREASURE 13 before promoting separately into the two groups: TREASURE and MAGNUM. He also explained fanclub's name for all three teams will be called "Treasure Maker". They were expected to debut sometime between May and July.[12][13][14]

On July 24, it was reported that their debut has been put on hold after YGE founder and producer Yang Hyun Suk stepped down from the company following a series of scandals surrounding the company.[2]

On January 6, YGE posted a notice on their official website stating the group's future plans. This included re-organizing as a 12-member ensemble after Ha Yoon Bin cancelled his contract on December 31, 2019. It was also revealed that the two units, TREASURE and MAGNUM, would be integrated into TREASURE 13 to form a single group to be name simply as TREASURE. The group will hold various unit and solo activities prior to their debut and that YGE will encourage and support the members to actively participate into the composing and writing of music.[15]

On January 8, TREASURE released the first set of individual profile photos titled "TREASURE EDITORIAL vol.1" for members Choi Hyun Suk, Jihoon, Yoshi, and Junkyu.[16] This was followed by Mashiho, Yoon Jae Hyuk, Asahi, and Bang Ye Dam on the 9th, and Doyoung, Haruto, Park Jeong Woo, and So Jung Hwan on the 10th. Additional profile photos were released from the 20th to 23rd.[17]

On January 30, the group released a performance film for the track "Going Crazy".[18] On May 11, the agency shared a promotional video, revealing that the group is set to make their debut in July.[1]

On May 19, a poster of 12 members wearing outfits with TREASURE logos while revealing the team’s identity was revealed through YG Entertainment’s official blog.[19]

On May 21, YGE officially announced that Bang Ye Dam’s solo single will be released in June through a fan announcement. YG explained, “We’ve been preparing Yedam’s solo music before TREASURE was formed” and added, “We’ve decided that it would be a good decision to release a song that was completed in June, prior to TREASURE’s debut, as a surprise gift for the fans”. In addition to the news on Yedam's upcoming solo single, which was unexpected by the fans, TREASURE’s plans for the second half of this year were also revealed. YG stated, “TREASURE is planning to release new songs 3~4 times until the end of the year, after making debut in July”. They explained, “It’s a similar promotion method of how BIGBANG released single albums every month when they first made debut back in 2006”. No details on the song or an exact release date have been revealed, but Bang Ye Dam’s upcoming solo single is expected to raise the global music fans’ expectations on TREASURE’s debut in July.[20] 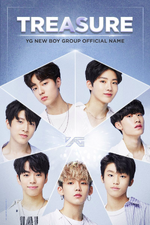 Reveal
(as the unit TREASURE) 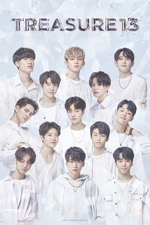 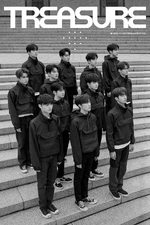 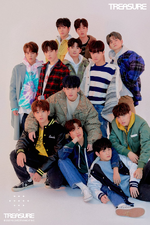 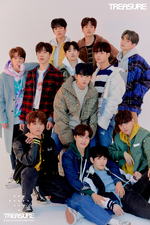 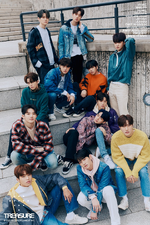 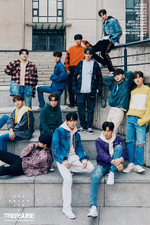 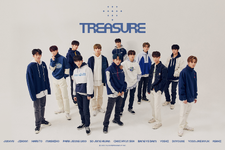 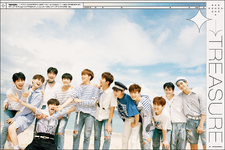 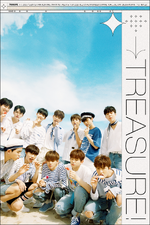 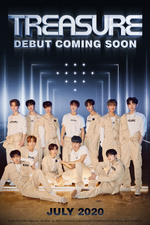 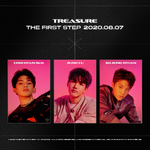 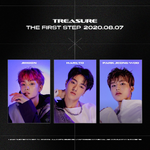 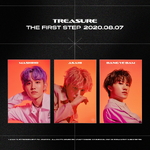 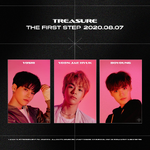 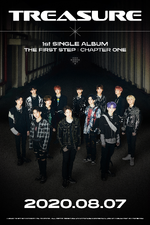 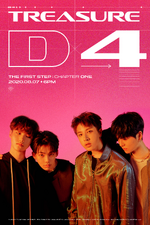 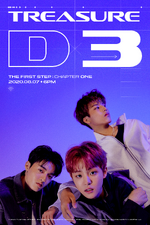 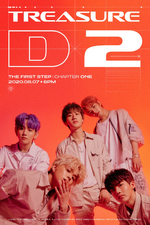 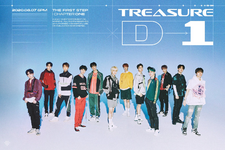 Retrieved from "https://kpop.fandom.com/wiki/TREASURE?oldid=214899"
Community content is available under CC-BY-SA unless otherwise noted.