TOO (티오오) is a 10-member boy group managed by n.CH Entertainment with production and marketing by Stone Music Entertainment. They were formed through the survival show World Klass and officially debuted on April 1, 2020 with their first mini album Reason for Being : Benevolence.[2]

Their name is an acronym for "Ten Oriented Orchestra".[3]

On June 25, 2019, Stone Music Entertainment and n.CH Entertainment announced that they would be launching a new boy group called TOO through a new global survival program to be aired on Mnet in September.[4]

On July 3, a teaser video was released, revealing the show's title to be World Klass.[5] The 20 trainees were introduced starting on July 10.[6] The show premiered on October 4.

On December 6, the top 10 winners were announced through the live finale.[7] Two days later, n.CH announced that Han Jun, who made it to the final lineup after placing third, would not be joining the group due to partaking in an unauthorized leave and disreputable scandal when he was a trainee. He was replaced by Jae Yun, who had the next highest number of votes on the show.[8]

2020–present: Debut and Road to Kingdom

On February 20, 2020, TOO released an introduction film, revealing their debut date to be on March 18.[9] The first individual teaser was released on February 27, starting with member J.You.[10]

On March 5, Stone Music and n.CH announced that TOO's debut album promotions would be partially rescheduled.[11] A new schedule was posted on March 9 revealing their debut had been delayed to April 1.[2] Their debut mini album, Reason for Being : Benevolence, was released on April 1 with "Magnolia" as the title track.

On March 20, Mnet confirmed the 7 boy groups participating in Road to Kingdom with TOO being one of them. The premiere date was then set to be on April 30.[12]

On April 11, the group announced their fandom would be called TOOGETHER.[1]

Road to Kingdom then officially began and was aired on April 30 with an online vote beforehand, from March 30 to April 5.[13] During the 90 seconds performances, they danced to "Into the dysTOOpia", which was a remixed version of "Magnolia" to introduce themself and ranked seventh.[14] During the first round, which was to perform a "king's melody", they had covered "Rising Sun" by TVXQ and ranked fourth during the first round.[15][16] During the second round, which was to perform your own song, they performed "Magnolia".[17] They had ranked sixth during the second round, which was determined 30% by the contestants and 70% through votes of an online audience. The next round was a collaborative mission where the groups were randomly chosen to become a pair and prepare a performance together. In the end, TOO was partnered with VERIVERY and they both agreed to perform "On" by BTS where they ranked second out of 3 teams.[18] Overall, it was revealed that cumulative score was fifth out of 6 teams, meaning they were at risk of eliminations. For the next round, their partners from the previous round had to choose a song for them to cover.[19] The song "Hard Carry" by GOT7 was chosen for them and so they visited GOT7 before a music show for advice on performing their own song.[20] Unfortunately, they had ranked last and was eliminated in the seventh episode.[21]

On June 12, TOO announced their upcoming comeback with their second mini album.[22] 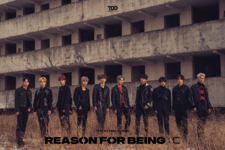 Reason for Being : Benevolence 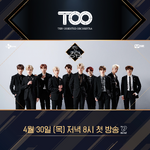 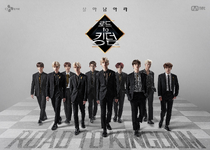 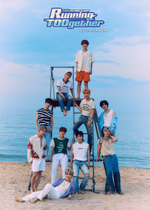 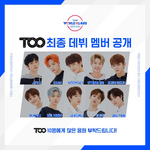 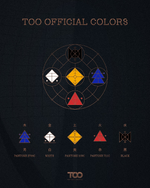 Retrieved from "https://kpop.fandom.com/wiki/TOO?oldid=201105"
Community content is available under CC-BY-SA unless otherwise noted.