iE (아이)
TEMPEST (템페스트) is a seven-member boy group under Yue Hua Entertainment. They debuted on March 2, 2022 with the mini album It's Me, It's We.

On October 4, Star News reported that Yue Hua would be debuting a new boy group in the second half of 2021. It was also stated in the article that the group would go by the name "TEMPEST" and that Hyungseop and Euiwoong, who had previously debuted as the duo HyeongseopXEuiwoong, would be a part of the group's lineup.[2]

On December 31, the group's official SNS accounts were opened along with the motion video of their logo and on January 3, 2022, teaser photos for the seven members were released.[3]

On January 19, TEMPEST released a promotional schedule for their debut on February 21. On February 8, they announced they would be debuting with their first mini album It's Me, It's We.[4]

However, on February 14, it was announced that the group's debut would be postponed to March 2 after all seven members tested positive to COVID-19.[5]

On March 2, Yue Hua revealed the fandom name to be "iE" pronounced as "eye". They further explained that "TEMPEST's fan club iE always stands at the center of TEMPEST, like the clear and warm eye of the storm, and it captures the wish that only good things will happen to iE, things that put on a smile on their face."[6] 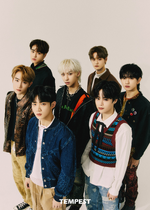 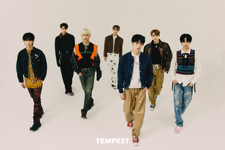 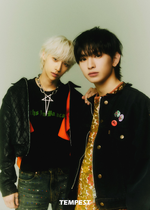 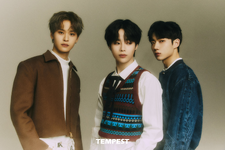 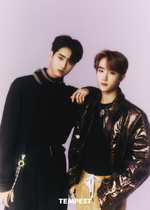 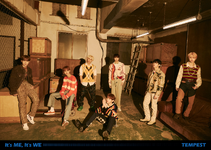 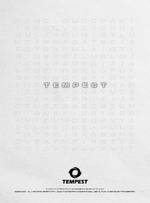