The group disbanded by the end of the year but came back in May 2015 with a new five-member lineup under a new agency.

The group was formed in summer 2010 and had trained together for a year and a half. They originally consisted of six members but prior to debut, Subin suffered a leg injury and was unable to join the group. They debuted as five on January 27 with their first mini album Six Bomb First Mini Album and the title track "Chiki Chiki Bomb".[1][2] The group had plans for a comeback but disbanded later that year.

In the spring of 2015, Six Bomb reformed with a new lineup consisting of original member HyeJin (now under the name Soa), Dain, Han Bit, and U Chung. They released a new version of their song "Step To Me" on May 12.

The group made their comeback on February 19 with the single "Wait 10 Years Baby". The original MV for the song went viral for a brief period of time in South Korea, reaching over 4 million views within a few days. Later that year, an article was released through Naver, announcing U Chung's departure from the group.

In early 2017, Six Bomb announced their comeback with "Getting Prettier Before" with new members Gabin and Seulbi, silently confirming Han Bit's departure. Like before, this two part comeback brought attention to Six Bomb due to the controversial concept topic of plastic surgery.

They debuted their first sub-unit Soda Bomb later that year with members Soa and Dain, releasing the single "Why Shake?". Around the fall, Seulbi left and former I-Ren member and soloist, Lee Jin, joined under the name I Sol.

In late 2017, Six Bomb began releasing digital singles in preparations for their next comeback, originally planned for February 2018. "In The Moonlight" was released first on December 22, 2017, then "Beautiful Life" after on January 26, 2018. The comeback was indefinitely delayed after Gabin was revealed to have a rare bone disease which made it near impossible to dance and was possibly facing surgery. Gabin went on hiatus but appears to have later left the group. During her hiatus, Six Bomb announced plans for a Chinese mini album, however, it is unknown if it was released.

Months later, the comeback was finally rescheduled and the group made their return as a trio with "Hiccup Hiccup" on July 31, 2018. They made another comeback at the end of 2018 with the ballad single "Your Neighborhood". 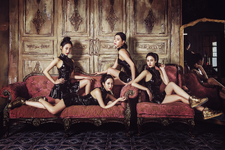 Retrieved from "https://kpop.fandom.com/wiki/Six_Bomb?oldid=286546"
Community content is available under CC-BY-SA unless otherwise noted.