Their Korean name is similar to the word "싹쓸이 (Ssaksseuri)" which means to sweep and they want to focus on sweeping the music charts.[3][4] 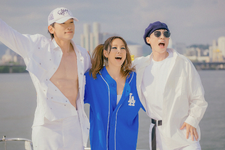 Retrieved from "https://kpop.fandom.com/wiki/SSAK3?oldid=216777"
Community content is available under CC-BY-SA unless otherwise noted.