SISTAR19 was a sub-unit of the girl group SISTAR. Composing of their main vocalist Hyolyn and rapper Bora, they debuted on May 2, 2011 with the digital single "Ma Boy".

In mid January, SISTAR wrap up their promotions for "How Dare You" and three months later on April 28, Starship Entertainment announced that they are creating a sub unit for SISTAR. They released a teaser on April 28. The single was released on May 3, 2011. The official music video was then released on the same day. The name SISTAR19 was meant to reflect the feelings of a 19 year old and was inexperienced in love. Their debut performance was on M! Countdown on May 5.

In December 2012, Starship Entertainment announced that SISTAR19 will be having a comeback in January 2013. On January 24, 2013, the duo released photo teasers of their comebacks and reported that their song will be released on January 31. On January 28, SISTAR19 released teasers for their song "Gone Not Around Any Longer." On January 31, 2013, the official music video and single was then released. "Gone Not Around Any Longer" talks about being in love but soon drifting apart. On February 7, 2013, the rehearsal video was released. 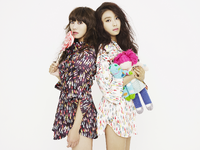 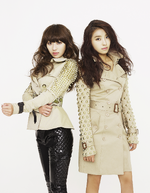 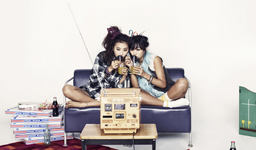 Gone Not Around Any Longer