Fuchsia
SISTAR (씨스타) was a four-member girl group under Starship Entertainment. They debuted on June 4, 2010 with their first single "Push Push".

Before SISTAR debuted, they had early group activities, involving magazines and commercials shoots.

On June 1, 2010 SISTAR released their debut single "Push Push". On June 3, Starship released the music video for their title track. The group then had their debut performance on June 4, 2010 on Music Bank.

On November 21, 2010 teasers of SISTAR's comeback were leaked. The photos were shown with a new concept, "pole dancing." But, Starship stated that it was a "sporty image." They released teasers of their comeback on November 22. SISTAR was set to release "How Dare You" on November 25, but was delayed due to the Yeonpyeong Island skirmish. On December 3, 2010 "How Dare You" was released with its music video.

On April 27, 2011 Starship announced that they will debut a sub-unit called SISTAR19. SISTAR19 consists of main vocalist Hyolyn and rapper Bora. The teaser of "Ma Boy" was released on April 29. The official music video came out on May 2. The single came out on May 3.

On March 31, 2012, Starship announced that SISTAR will be having a comeback. On April 2, two cuts from their music video of "Alone" were revealed.

From April 4 to April 9, teasers were released among members Hyolyn, Bora, Soyou and Dasom. The official photo of them was released on April 5.

On June 11, it was revealed that SISTAR will be having a summer comeback. Their comeback song was called "Loving U." The mini album consists of remixes of their former songs and a new song "Holiday." On June 28, SISTAR released the music video, which was filmed in Hawaii.

2013: Gone Not Around Any Longer, Give It to Me and Hyolyn's solo debut

On December 24, there were news that Sistar19 were going to have their comeback in January. On January 23, teasers were released. On January 30, they released their comeback song "Gone Not Around Any Longer" and music video. Then, on February 21, Hyolyn said that SISTAR will be having a comeback with a studio album after Sistar19's promotions are done.

On June 3, Starship released a statement, saying that SISTAR will release their second full album Give It To Me on June 11. Two days later, Starship released teasers of their comeback with their concept which was Moulin Rouge theme.

After Hyolyn and Soyou's successful duets and collaborations, and Bora and Dasom's acting projects, it was revealed that SISTAR will have their comeback in July with a mini album. Soyou mentioned about the group's comeback in SBS Power FM "Cultwo Show." Then, Starship revealed that SISTAR will not work with Brave Brothers and Duble Sidekick for their comeback. They will be working with Rado and Choi Kyu Sung. Starship also confirmed that they will have their comeback on July 21, 2014.

After the successful promotions of "Touch My Body" Starship revealed that SISTAR will be having special summer album. The teasers were shown of the girls in Saipan. On August 26, 2014, SISTAR released their special mini album Sweet and Sour with title track "I Swear".

On June 22, 2015 SISTAR released their third mini album Shake It with title track "Shake It".

On June 21, 2016, SISTAR released their fourth mini album Insane Love with title track "I Like That".

Starship announced on May 23 the group will disband after their comeback with their final single "Lonely" on May 31. On June 4, their 7-year anniversary, the group officially disbanded. 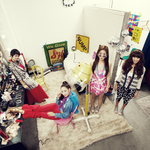 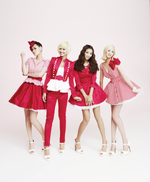 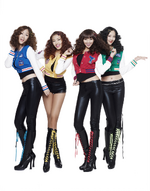 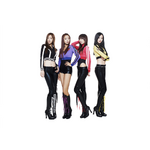 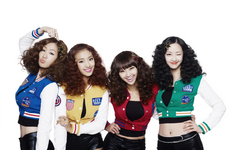 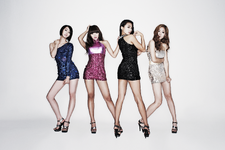 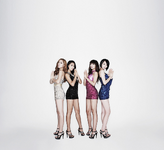 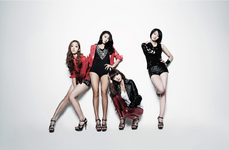 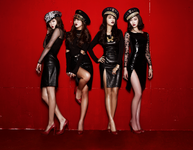 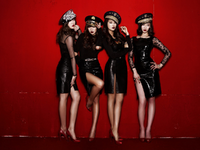 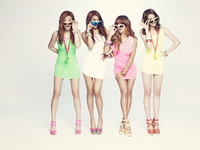 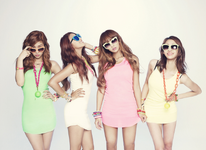 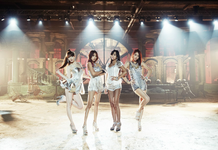 Give It To Me 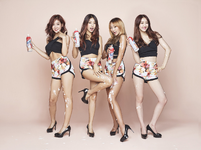 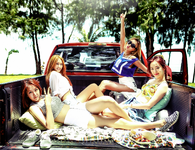 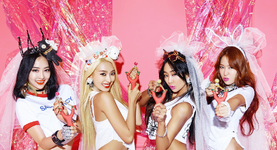 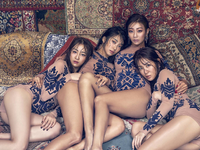