KETCHY (켓치)[1]
Rocket Punch (로켓펀치) is a six-member girl group under Woollim Entertainment. They debuted on August 7, 2019 with the mini album Pink Punch.

On July 22, 2019 at 12AM KST, Woollim released a logo motion video showing the group's official logo. As well, Rocket Punch opened their official SNS accounts.[2] The following day, a concept film was released showing the six members for the first time.[3] On August 1, individual teasers photos were released for their debut mini album titled Pink Punch.[4] They officially debuted on August 7, 2019 with their first mini album Pink Punch and its title track "Bim Bam Bum".

On January 26, 2020, their official Twitter account announced that Rocket Punch would be making their first comeback on February 10 with their second mini album Red Punch.[5] On this day, the group made their first comeback with Red Punch and the album's title track "Bouncy". Only a couple of days later, it was announced that Yunkyoung would be sitting out of music show performances due to a knee injury.[6]

On July 23, a teaser posted via their official Twitter account announced the group would be making a comeback on August 4 with their third mini album Blue Punch.[7] On this day, the album was released alongside its title track "Juicy".

On May 3, 2021, a teaser was posted onto the group's social medias revealing that they would be making a comeback with their first single album, titled "Ring Ring", which is set to be released on May 17.[9]

On June 14, the group's Japanese Twitter announced their Japanese debut with the mini album Bubble Up!, which was released on August 4.[10]

On February 15, a teaser posted announced the group would be making a comeback on February 28 with their fourth mini album Yellow Punch.[11]

On April 28, the group's Japanese Twitter announced their Japanese single "Fiore", which is set to be released on June 29.[12]

They don't have official positions, except the leader. 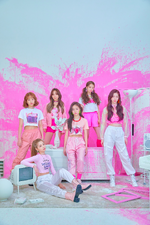 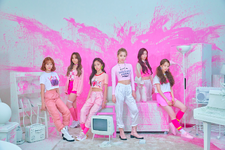 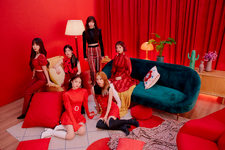 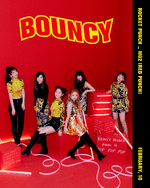 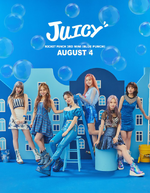 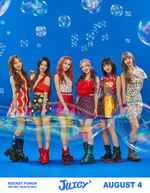 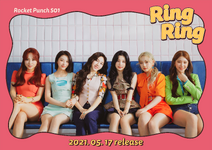 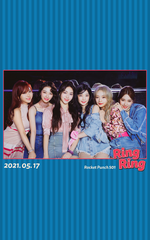 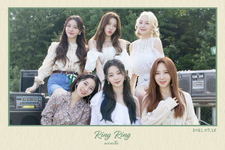 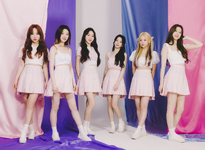 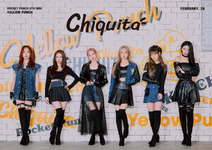 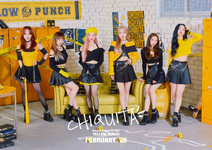