PlayM GIRLS (플레이엠걸즈) is an upcoming seven-member girl group under Play M Entertainment. They held a pre-debut showcase on November 11, 2018, and will make their official debut in early 2020.

Since the beginning of the project, many trainees left the agency. On September 1, 2018, it was announced the departure of three trainees of the agency, two of them being the finalist of MIXNINE, Lee Somin, and a trainee who appeared in Produce 101, Park Soyeon.[1]

On October 18, 2018, the agency announced the pre-debut showcase of the group, titled WE?, to be held on November 11, with the official members.[2]

Starting on October 21, the official members were being revealed day after day via social media accounts. The first member was Lee Soojin, followed by Monday (who was not a part of the original project's line-up), Park Haelin, Shin Jiyoon, Park Soeun, Kim Gaeun and finally, on October 27, the last member, Lee Jaehee, was revealed. [3]

In July, 2019, trainee Park Haelin announced that she parted ways with PlayM Entertainment and the project to focus on her studies. In October, Kim Gaeun also left both the agency and the group.[citation needed] 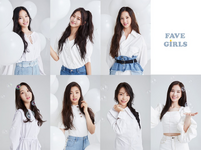 Group reveal photo (as FAVEGIRLS)
Add a photo to this gallery 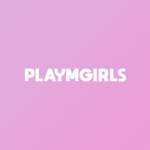 Retrieved from "https://kpop.fandom.com/wiki/PlayM_GIRLS?oldid=161018"
Community content is available under CC-BY-SA unless otherwise noted.