JYJ
TVXQ!
Park Yu Chun (박유천; also simply as Yuchun, previously known as Micky Yoochun) is a South Korean former singer, songwriter, and actor. He is a former member of the boy groups JYJ and TVXQ!.

He made his solo debut on January 18, 2016, with his first mini album How Much Love Do You Have In Your Wallet.

2019: Retirement from the entertainment industry

On April 24, Yu Chun announced his retirement from the entertainment industry after testing positive from drugs[1].

On March 11, Yu Chun oppened new Instagram and Twitter accounts[2] and on April 20, 2020, he launched an official fan site.[3] He also released a photo book[4] and has held several fan-related events.[5]

On July 31, he announced that he is preparing for the release of a new album[6] and on October 29, he announced his comeback with his second mini album RE:mind on November 19, 2020.[7] 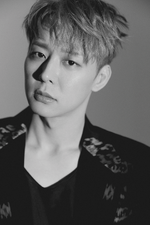 Retrieved from "https://kpop.fandom.com/wiki/Park_Yu_Chun?oldid=240850"
Community content is available under CC-BY-SA unless otherwise noted.