PURPLE K!SS (퍼플키스; also stylized as PURPLE KISS) is an upcoming seven-member girl group under RBW. They will make their debut in the third quarter of 2020.[1]

In March 2018, RBW began a YouTube channel called 365 Practice to highlight their female trainees before it morphed into promoting their upcoming girl group, using the channel's name.

The project has saw many changes to its lineup of trainees. The trainees Kim Young Seo, Kim Sung Eun, Jung Do Hae, Mo Mo and Seo Ji Heun had left the agency and the project after terminating their contracts.[citation needed]

Lee Ye Sol appeared on promotional pictures with the other members but left right before the reveal of the group name.[citation needed] On July 20, 2020, the group released their first debut trailer with the lineup and their official group name, PURPLE K!SS.[2] From July 20 to August 1, the seven members of the group were revealed, starting with Ireh, followed by Swan, Yuki, Na Go Eun, Chaein, Park Ji Eun, and Dosie respectively.[3][4][5][6][7][8][9] 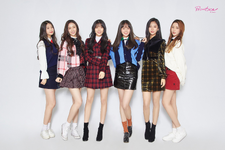 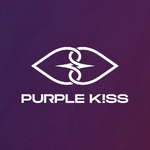 Retrieved from "https://kpop.fandom.com/wiki/PURPLE_K!SS?oldid=213145"
Community content is available under CC-BY-SA unless otherwise noted.