HIgh
PRISTIN (프리스틴) was a ten-member girl group under Pledis Entertainment. They officially debuted on March 21, 2017 with their first mini-album Hi! PRISTIN. Their name is a combination of the words 'Prismatic' and 'Elastin'.

On May 24, 2019, Pledis announced that the group has disbanded, after two years without group activities.[1]

Before their debut, the members worked with their company on multiple instances, the most notable are the following:

The group was known as PLEDIS Girlz as their pre-debut name on March 23, 2016. The group released the digital single "We" on June 27, 2016, which was composed by Eunwoo and Sungyeon and written by Roa, Eunwoo, Sungyeon, and Xiyeon. The members showcased themselves in multiple covers of known songs, the most prominent was them covering label mate and senior group SEVENTEEN's debut song "Adore U". The group also held concerts from May 14 to September 10, 2016, in which the members performed in weekly concerts, with the exception of Nayoung and Kyulkyung due to their promotions with I.O.I. They held their last concert as PLEDIS Girlz on January 6, 2017 and announced their official group name to be PRISTIN.

On March 2, the group released a teaser through their social media and confirmed their debut. On March 7, the group released their schedule for promos. On March 9, the group revealed concept photos for members, with each image featuring an English word that appears to describe their individual concept. On March 14, they released their track list and on the following day, released their highlight medley. The concept of their album is said to be 'power and pretty', which illustrates the powerful energy in their beauty. It was also revealed that the members of PRISTIN either composed or wrote the lyrics to every track. On March 21, the group debuted live on Mnet, a first for a girl group, with their first mini-album Hi! PRISTIN with the title track "Wee Woo". The title song is described as having a soft lively pop song that blends rock and synth sound with a strong beat that turns into a energetic final mix. They held a debut showcase on the same day. On May 19, the group released a remix version of the b-side of the song "Black Widow" and held a week of promotions for the song.

On October 12, 2017, Pledis announced that Kyla would be halting all group promotions to return to the United States and receive treatment for a concussion.[2]

After over a year with no activity, Pledis Entertainment announced the creation of a new five-member sub unit named PRISTIN V with members Nayoung, Roa, Eunwoo, Rena and Kyulkyung. They debuted with single album, "Like a V" on May 28, 2018.

On September 6, 2018, Kyulkyung made her solo debut with Chinese digital single "Why". The single was promoted exclusively in China.

On May 24, it was announced by Pledis that the group has disbanded following the termination of contract of members Nayoung, Roa, Yuha, Eunwoo, Rena, Xiyeon, and Kyla. Members Kyulkyung, Yehana, and Sungyeon would remain in the agency.[1] 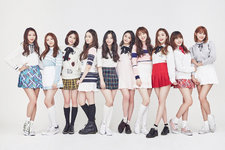 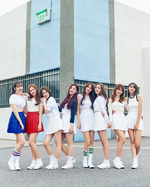 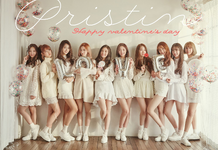 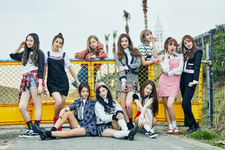 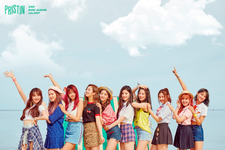 All social medias accounts of the group were closed on July 1, 2019.