"On My Own" is the second solo digital single by Amber of f(x). It was released on May 18, 2016 as the second part of Amber's Crossing series.

The song features Gen Neo and was released in English as well as in Korean. 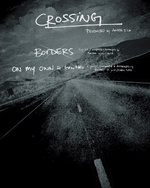 Retrieved from "https://kpop.fandom.com/wiki/On_My_Own?oldid=148797"
Community content is available under CC-BY-SA unless otherwise noted.