Narachan (나라찬) is a South Korean singer under FM Entertainment. He is the leader of the boy group M.O.N.T and a member of the former boy group Trophy.

On October 23, 2015, Narachan debuted as a member of Trophy, under the stage name Chan.0. They released two singles before disbanding in 2016.

On May 19, 2017, Narachan along with his fellow members of M.O.N.T released a digital single called "Sorry" as a pre-debut release. Some months later, the three of them joined the JTBC's survival show MIXNINE. Unfortunately, he was eliminated in episode 10 after achieving 33th place.[1]

On January 4, he officially debuted in M.O.N.T with the mini album Going Up. 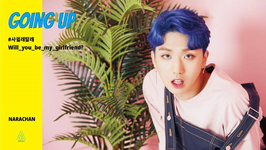 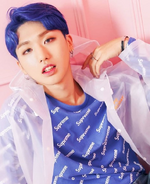 Retrieved from "https://kpop.fandom.com/wiki/Narachan?oldid=140171"
Community content is available under CC-BY-SA unless otherwise noted.