Kpop Wiki
Register
Don't have an account?
Sign In
Advertisement
in: 1994 births, May births, Person article stubs,
and 3 more

Nam Dong-hyun (brother)
Nam Tae Hyun (남태현) is a South Korean singer-songwriter and actor under P&B Entertainment. He is a member of the boy band South Club and a former member of WINNER.

On April 22, 2019, it was reported by an inside source that he recently started dating with singer and actress Jang Jae In. In response, his agency confirmed and completed that they progressed their relationship while filming for tvN's upcoming drama "Studio Vibes".[1]

On June 6, Jang Jae In accused him on cheating on her by uploading a series of posts on Instagram.[2] On the following day, Tae Hyun responded to the accusations. He released a statement saying that at the moment, he is sorting things out and will issue an apology and an explanation as soon as possible.[3]

Pre-debut: WIN: Who Is Next and WINNER TV

In 2011, Tae Hyun was recruited as a trainee at YG Entertainment through an audition. He performed as a backup dancer at the 2011 YG Family Concert.

In 2013, he competed in the reality program WIN: Who Is Next as a trainee in "Team A", which went on to debut as WINNER. He co-composed and co-wrote two of the songs used in the competition. The same year, he appeared in then-label-mate Taeyang's music video for "Ringa Linga". In December, he and the rest of WINNER appeared in their own variety program, WINNER TV, which aired on Mnet. 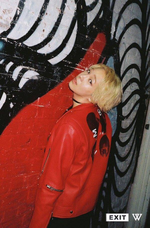 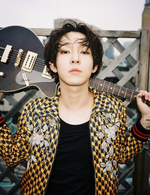 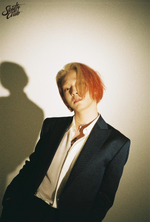