Pearl Neo Champagne
NCT (short for "Neo Culture Technology") is a boy group under SM Entertainment. The group consists of members divided into multiple sub-units to be based in major cities around the world.

Before any of the members debuted, most were under the SM Entertainments pre-debut team, SMROOKIES, under the name SR14B (SMROOKIES 2014 Boys). When SMROOKIES was announced in December 2013, they announced members Taeyong and Jeno, with Jaehyun, Mark, Jisung, Johnny, Ten, and Yuta on the same month days later. In April 2014, Haechan and Jaemin were announced. In July 2014, they released a video of Taeyong's rapping skills on SMTown's YouTube channel. The next month, they released a video of Johnny, Taeyong, and another rookie named Hansol of a dance focus video titled “Super Moon” displaying their dance skills. In January 2015, Doyoung was announced as part of SMROOKIES - as him and Jaehyun was introduced as the new MCs on MBC Music Champion. In October 2015, Taeil was introduced. A few months later in January 2016, Winwin was introduced.

On January 27, the group was announced by SM Entertainment‘s founder, Lee Soo Man, at SM’s Coex Artium during “SMTown: New Culture Technology 2016" press conference. It was announced that there would be different teams that would debut based in different countries around the world. There would be various collaborations and units formed between the different groups, allowing for movement of members and new recruits into the groups. There also wouldn't be a set member number for these groups. It was speculated that there would be 40 members debuting under NCT.

On April 4, the first sub-unit was announced to be NCT U with pictures announcing members Mark and Jaehyun - later adding members Taeil, Taeyong, Doyoung, and Ten. NCT U was described as the main group of NCT. It was announced that there would be two NCT U groups, each having different member organization. On April 9, they released the songs “The 7th Sense” and "Without You" as digital singles, and made their debut on music program Music Bank four days later.

On July 1, SM announced the second sub-unit would be called NCT 127, with the number 127 referring to the longitude of Seoul.[1] They debuted on July 7, 2016 on M Countdown with their debut stage for "Firetruck", the title track from first mini album, NCT #127, which was released on the 10th.

On February 6, it was announced that all 18 members would be taking part of the comeback project called NCT 2018.[3] Jungwoo and Lucas officially debuted under the unit NCT U with the released of the music video for "Boss" on February 19.[4] The music videos for "Baby Don't Stop" and "Go" were released on February 26 and March 5, respectively.

On March 14, NCT's first full-length album NCT 2018 Empathy was released and featured songs from the various units, as well as the full group track "Black on Black".

On September 15, Star News reported that NCT was planning to release a new album in October as part of their NCT 2020 project. SM confirmed the group was preparing an album and would make an announcement once their exact schedule is confirmed.[6][7]

At midnight on September 21, NCT released two teaser videos titled "NCT 2020 : RESONANCE Pt. 1" and "INTERLUDE : RESONANCE", which introduced their new logo and highlighted the sub-units past releases in a montage.[8] Later that same day, SM revealed the album, NCT Resonance Pt. 1, would be released on October 12 and would include all 23 members including 21 existing members from NCT 127, NCT Dream, and WayV and two new members, Shotaro and Sungchan.[9]

*For each member's positions in a specific sub-unit, please check that specific unit's page, as one member may be a main dancer in one unit, but a lead dancer in another. 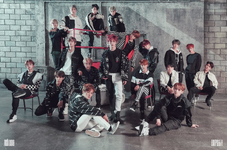 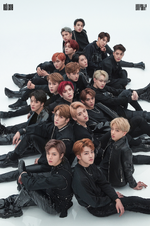 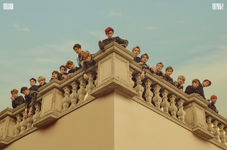 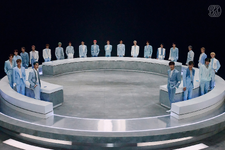 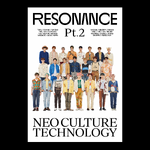 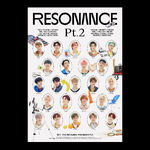 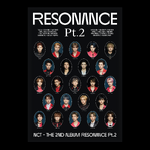 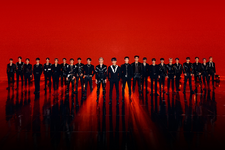