Mi Rae (Korean: 미래; Japanese: ミレ) is a South Korean singer. She is a former member of the girl group Cherry Bullet.

On August 23, 2018, Mi Rae was revealed as a member of FNC Entertainment's newest girl group Cherry Bullet.[2] She officially debut with the girl group on January 21, 2019 with their debut single album "Let's Play Cherry Bullet".[3]

On December 13, 2019, she, along with Kokoro and Lin Lin, departed from the group after deciding to terminate their contracts.[4] 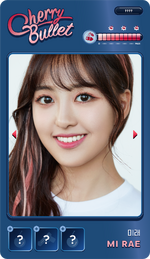 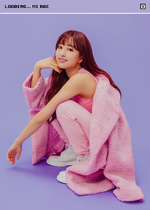 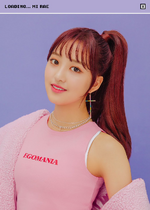 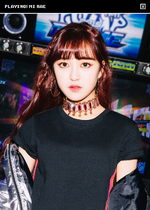 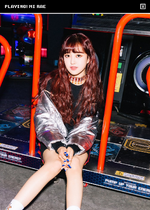 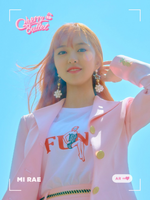 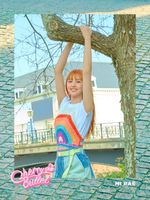 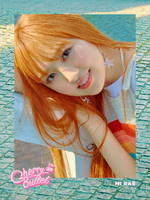 Retrieved from "https://kpop.fandom.com/wiki/Mi_Rae_(Cherry_Bullet)?oldid=163602"
Community content is available under CC-BY-SA unless otherwise noted.