Mavin (마빈) is an Indonesian singer currently under Divtone Entertainment. He is the leader of the international boy group Z-Boys and a former member of the Indonesian boy band B FORCE.

Mavin has been in a relationship with Z-Girls' Vanya since approximately 2016.[2] The two have known each other since before entering K-pop; having been friends through their mutual connections in their respective musical groups while in Indonesia.[3] They have a YouTube channel together called Van Fin Fun. 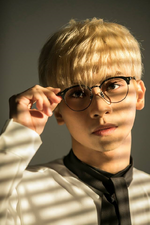 Retrieved from "https://kpop.fandom.com/wiki/Mavin?oldid=200962"
Community content is available under CC-BY-SA unless otherwise noted.