Limesoda (라임소다) was a girl group under D-Maker Entertainment. They debuted as a duo on July 12, 2017 with the single "Z Z Z".

On February 26, D-Maker Entertainment announced the addition of a new member to the line-up, making the group a trio. On the following day, a performance video of Jangmi was posted on Limesoda's YouTube channel.[1] Several months later on June 1, a fourth member named Teeny was added to the group's line-up.[2] However she left sometime in September prior to their comeback announcement for "Wave".

On March 6, Hyerim announced through her personal Instagram that she had left the group and agency due to differing thoughts and concerns.[3] On August 21, Jangmi announced on her Daum Cafe account that she and Seungji also terminated their contracts along with Hyerim back in March.[4] 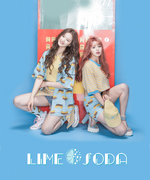 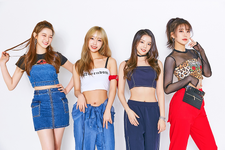 Retrieved from "https://kpop.fandom.com/wiki/Limesoda?oldid=249622"
Community content is available under CC-BY-SA unless otherwise noted.