Jun Hyeok debuted as a member of DAY6 on September 7, 2015 with the release of their first mini-album The Day.

On February 27, 2016, JYP Entertainment confirmed that Jun Hyeok has officially left the group, following the announcement that Jun Hyeok was dating a fan for almost a month. An official statement by JYPE stated DAY6's fan page, wrote, 'Jun Hyeok who participated in activities as a member of DAY6 has officially withdrawn from the group and due to personal reasons his contract has been canceled'.[1]

Jun Hyeok announced via his Instagram account that he enlisted as an active duty soldier on January 21, 2020.[2] He was discharged on August 1, 2021.[citation needed] 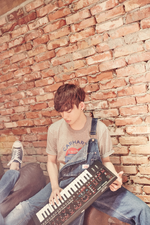 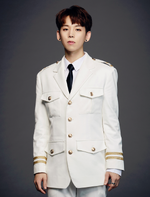 Profile photo for The Unit