Lemonade (레몬에이드) is an 10-member project girl group under Future Idol Asia. They made their debut on August 17, 2021 with their first digital single "Lemonade".

In 2020, Rainbow Company formed Future Idol Asia, an agency for the purpose of debuting various idol groups throughout 2021 through its project, known as 'Future Idol Asia'. On February 17, 2021, Future Idol Asia introduced Lemonade and its members through their YouTube, FutureIdolTV.[1] Throughout the next couple of months, FutureIdolTV uploaded several dance and song covers of the individual members before finally announcing their upcoming debut on August 17, 2021 with the release of their self-titled debut single "Lemonade" and as the fifth girl group in the debut project.[2][3]

Lemonade was also one of several teen idol groups who performed a showcase at YES24 Live Hall on May 23, 2021 as part of the 'Future Idol Debut Project' event.[4] 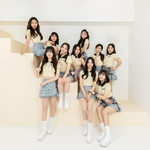 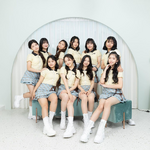 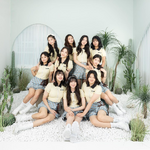