Lapillus (라필루스) is a six-member girl group under MLD Entertainment. They debuted on June 20, 2022 with the digital single "Hit Ya!".

In November 2021, MLD Entertainment's audition pages introduced Nonaka Shana, a contestant from Girls Planet 999, and Chantal Videla, a Filipino-Argentine actress, as trainees for their upcoming girl group. In December, the two began to host a web series on Nadol TV called ShanShaWorld.

On May 16, 2022, MLD Entertainment officially announced that their upcoming girl group Lapillus is set to debut in June and confirmed that Shana and Chanty would be in the lineup.[1] The same day, the group's official SNS accounts were opened.[2]

On June 9, 2022, a Naver article was published reporting that the group will debut with the digital single "Hit Ya!".[10] 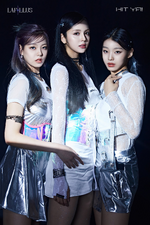 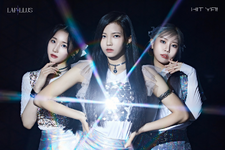 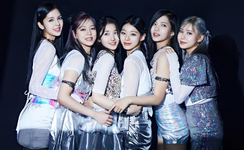