LIMITLESS (리미트리스; also shortened as LMTLS) is a six-member boy group under ONO Entertainment. Originally with four members, they debuted on July 9, 2019 with their first digital single "Dreamplay".

Prior to joining ONO, A.M and Heeseok were also contestants on Produce 101 Season 2, representing The Vibe Label and Jellyfish Entertainment, respectively. A.M finished in 61th place and Heeseok in 46th place.

Raychan auditioned for MIXNINE in 2017 but did not pass the preliminary auditions.

On April 15, ONO confirmed that the group, then known by their pre-debut name ONO BOYZ, would be debuting in May.[1] On April 18, the group revealed their official logo and their name to be LIMITLESS.[2]

ONO released the group's debut schedule on July 1 with their first single titled "Dream Play" to be released on July 9.[3]

On November 12, LIMITLESS announced that they will be coming back as a six-member group on November 28 with the release of their first mini album Wish Wish. On November 15, J-Jin and C.I were revealed as the group's newest members, both of whom are from China.[4] 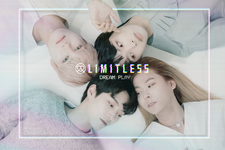 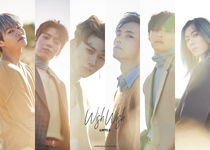 Retrieved from "https://kpop.fandom.com/wiki/LIMITLESS_(group)?oldid=150805"
Community content is available under CC-BY-SA unless otherwise noted.