L (엘) is a South Korean singer and actor. He is the lead vocalist and visual of the boy group INFINITE. He is also a member of the group's sub-unit INFINITE F along with Sung Yeol and Sung Jong in 2014.

He debuted as an actor in 2011 in Japanese drama, Jiu, and continue his acting career in few drama such as Shut Up Flower Boy Band, Master of The Sun and My Lovely Girl.

He also composed song for his own individual performance song, "This Song Is For You". 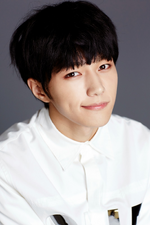 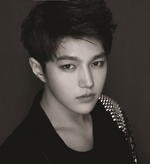 Retrieved from "https://kpop.fandom.com/wiki/L?oldid=157595"
Community content is available under CC-BY-SA unless otherwise noted.