MIRAE
Under Nineteen
Khael (카엘) is a South Korean rapper and lyricist under DSP Media. He is a member of the boy group MIRAE.

On October 25, 2018, Khael was introduced as a contestant of Under Nineteen under his birth name, Lee Sangmin, with his moving poster. The poster revealed that he was a part of the rap team.[1] He was part of the top 19, but was eliminated in the final episode.

On February 7, 2021, he was introduced as the sixth member of MIRAE.[2] His profile film was released later that day.[3] On March 17, he officially debuted with the group's first mini album Killa.[4] 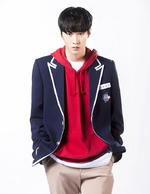 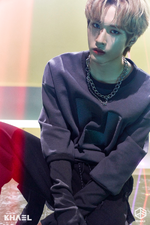 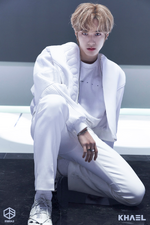 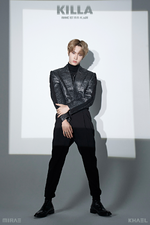 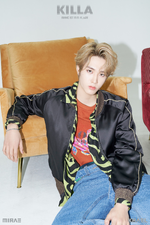 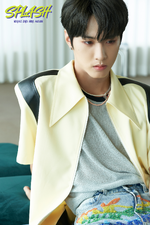