Kep1er (케플러; read as Kepler) is an upcoming nine-member project girl group under WAKEONE and Swing Entertainment. Formed through Mnet's reality survival show Girls Planet 999, they will debut on December 14, 2021.

Their name combines 'Kep', which means catching dreams, and the number 1, which means the nine girls coming together as one to be the best. It is also a reference to the planet 'Kepler'.

They will be active for roughly two and a half years on a special contract before they disband sometime in 2024.[2]

On January 11, 2021, Mnet released a teaser about the the upcoming auditions for the future competitive girl group reality show, Girls Planet 999.[3] It would consist of female contestants from or representing Korea, China, and Japan who all shared the same dream of debuting.

On October 22, 2021, following the conclusion of Girls Planet 999, they opened the staff and group's Twitter, Instagram, and Facebook accounts.[4] On the group's social media accounts, a teaser was posted showcasing the group's official logo which had previously been revealed during the final episode of the show.[5]

On October 25, an article was published on Naver, revealing that the group would carry out their activities as a group for roughly the next two and a half years and are currently already starting preparations for their debut album.[2]

The group's fan cafe and V Live channel officially opened on November 2 and 3, respectively.[6][7] On November 4, Kep1er held their first V Live.[8] On November 9, the group’s first Youtube video was uploaded onto their Youtube channel.[9]

On November 22, the group's website officially opened, revealing that the group will debut in December.[10] On November 24, the group's SNS posted teaser photos and announced that they will make their debut on December 14, 2021. 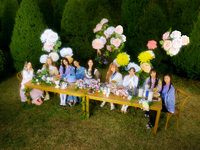 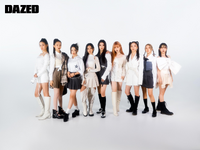