BESTie (2013–2018)
EXID (2012)
Kang Hye Yeon (강혜연; also know simply as Hyeyeon; formerly known as Dami) is a South Korean singer currently under Star Ent.. She is a former member of the girl groups BESTie and EXID.

She debuted as a trot singer on October 31, 2018 with her first mini album Great.

On February 16, 2012, Hyeyeon (then under the stage name Dami) debuted as a member of EXID with the group's first single "Holla".

On April 30, AB Entertainment announced that Hyeyeon would be leaving EXID in order to focus on her studies.[2]

On July 2, 2013, it was revealed that Hyeyeon, alongside fellow former EXID members Yuzi and Haeryung, would be debuting as part of YNB Entertainment's new girl group BESTie.[3]

The group officially debuted on July 11, 2013 with their first single "Pitapat".

In October 2017, she became a contestant on the reality show The Unit. She ranked 27th in the finale, therefore being unable to debut with UNI.T.[4]

Sometime in 2018, she left YNB Entertainment and BESTie after five years of activities.

She debuted as a trot singer on October 31, 2018 with her first mini album Great. 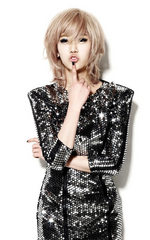 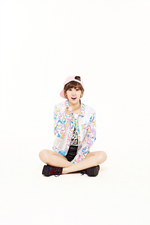 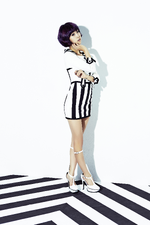 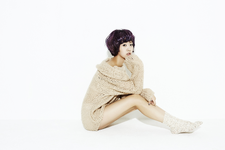 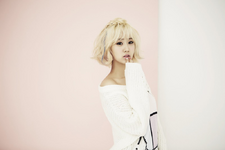 "Thank U Very Much" 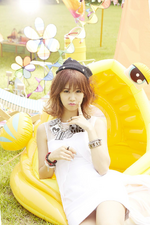 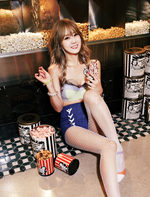 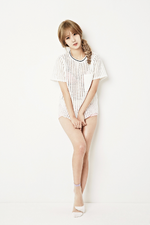 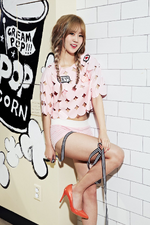 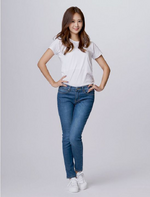 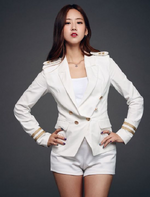 Retrieved from "https://kpop.fandom.com/wiki/Kang_Hye_Yeon?oldid=175525"
Community content is available under CC-BY-SA unless otherwise noted.