Kamilia
KARA (Hangul: 카라, Japanese: カラ) was a girl group under DSP Media. Their final lineup consisted of Gyuri, Seungyeon, Hara, and Youngji. They debuted on March 29, 2007 with their first album The First Bloooooming. They disbanded on January 15, 2016 following the contract expirations for Gyuri, Seungyeon, and Hara.[1]

Their name comes from the Greek Word "chara" (χαρά, lit. "joy"), which the group interpreted to mean "sweet melody".

KARA originally started as a four member group and made their debut with "Break It" while displaying a strong female image and a mature R&B sound. Expectations for the group to be as big as their senior labelmates, Fin.K.L, were extremely high and the members were promoted as successors to them. They released their first album titled The First Bloooooming in 2007. However, their debut was not well received by the public, and the album was a commercial failure.

In 2008, Kim Sunghee departed the group due to parental pressure, and two new members were brought in; as such, the group consisted of five members: Park Gyuri, Han Seungyeon, Jung Nicole, Goo Hara, and Kang Jiyoung. The addition of the two new members also faced a change in the group's original image to a "pretty but natural" appeal. The five-member band eventually went on to achieve their first number one song with "Honey".

The group eventually made their debut in Japan in 2010. By the end of that year, Kara was dubbed as Japan's #1 Rookie Artist of 2010 by Oricon and also received the New Artist Of The Year Award (International) from the Japan Gold Disc Awards. In April 2011, the group achieved their first number one single with "Jet Coaster Love", making them the first foreign female group since the creation of the Oricon to rank first in the 1st week of release and the first foreign female group in 30 years to rank first in the charts all together. They also hold the title as the first Korean girl group to top the Oricon weekly single chart.

In January 2014, Nicole and Jiyoung decided to not renew their contracts with DSP Media; thus leaving KARA.[2][3] Nicole left to pursue a solo career, releasing her first mini album First Romance in November 2014 under her new agency B2M Entertainment. Jiyoung left to study overseas, and signed with Sweet Power to resume her acting career in Japan.

They released their sixth mini album Day & Night on August 18, 2014 in South Korea with "Mamma Mia" as their title track. A Japanese version of the track was released in Japan on August 27, 2014 as their eleventh single.

On July 17, 2015, it was announced that KARA would embark on their 4th Japanese tour beginning in September.

On January 15, 2016, DSP announced Gyuri, Seungyeon and Hara's departure from the group due to contracts expiring. The company also noted that Youngji would continue her music career as a solo artist. The company is planning to help Youngji succeed and develop for the future.[1] 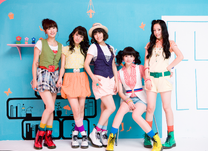 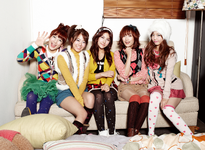 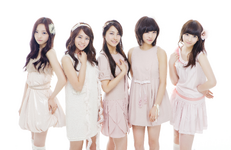 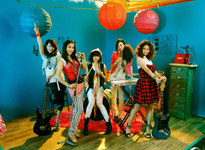 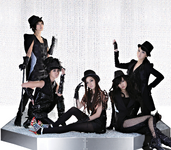 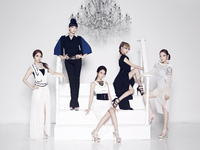 Retrieved from "https://kpop.fandom.com/wiki/KARA?oldid=277096"
Community content is available under CC-BY-SA unless otherwise noted.