"K.A.R.D Project Vol.2 "Don't Recall"" is the second pre-debut digital single by KARD. It was released on February 16, 2017 and is the second release of their three-part pre-debut project.

The hidden ver. for "Don't Recall" was released on March 2, 2017, added to the original single in Korea and as a separate single for other markets. 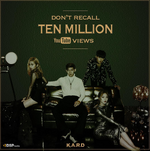 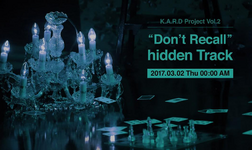 Retrieved from "https://kpop.fandom.com/wiki/K.A.R.D_Project_Vol.2_%22Don%27t_Recall%22?oldid=163549"
Community content is available under CC-BY-SA unless otherwise noted.