Jus2 is the second sub-unit of GOT7 formed by JYP Entertainment. The duo, consisting of JB and Yugyeom, debuted in March 5, 2019 with their first mini album, Focus.

JYP Entertainment started teasing the duo on February 12 with a mysterious teaser titled "And the story begins". The video only revealed the name Jus2 but not the nature of the new release, nor the people that would take part in it.[1] Later revealed to be a sub-unit of GOT7 composed of the group's leader and maknae, JB and Yugyeom, Jus2 made their debut on March 5 with the mini-album Focus. At least one member participated in writing and composing every song on the album.[2]

On March 25, the duo released their first ost. The track, called "Take", was featured on He Is Psychometric, in which fellow GOT7 member Jinyoung played the lead role.[3]

It was announced that the duo would go on a showcase tour. The first show took place at Broadway Theatre in Macau, China on April 4. In total, eleven shows were held in six different Asian countries, with the last show being on May 4 in Singapore at Zepp Bigbox.

The Japanese edition of their debut album was released during the tour, on April 10, the day of their first show in Japan. In addition to the Japanese versions of their existing tracks, the album also contains one new track. 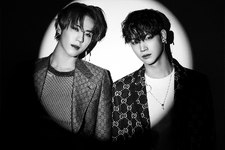 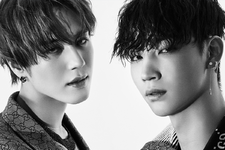