I.O.I (아이오아이) was an 11-member project girl group formed through Mnet's survival reality show Produce 101. They debuted on May 4, 2016 with the mini album Chrysalis. They promoted for a year before disbanding in January 29, 2017.

The group planned to reunite in December 2019 with nine members under Studio Blu[1] but due to four members being unable to participate, the reunion was virtually canceled.[2] A reunion livestream, "I.5.I - Yes, I Love It!", was held on May 4, 2021 to celebrate their 5th debut anniversary.[3]

In November 2015, Mnet announced their new survival show that would bring together 101 trainees from 46 entertainment companies to form a unit girl group with 11 members chosen by the viewers, which was called Produce 101. The show premiered on January 21, 2016, and the live finale was broadcast on April 1, 2016, with the 11 winners becoming a girl group. The group's debut lineup included Zhou Jie Qiong and Lim Na Young from Pledis Entertainment, Kim Chung Ha from MNH Entertainment, Kim Se Jeong and Kang Mi Na from Jellyfish Entertainment, Choi Yoo Jung and Kim Do Yeon from Fantagio Music, Yoo Yeon Jung from Starship Entertainment, Kim So Hye from Redline Entertainment, Jung Chae Yeon from MBK Entertainment and Jeon So Mi from JYP Entertainment.

Supposedly, the day of the show's finale was when I.O.I was supposed to debut with "Crush" and begin activities, but Mnet and YMC Entertainment decided to postpone their debut so they can prepare the group with their concept and a new song with new choreography. On April 5, 2016, the song was released as a digital single, followed by its music video.

On April 11, 2016, it was announced that I.O.I would debut with an unnamed mini-album. People speculated that songs like "Crush" and "When the Cherry Blossoms Fade", songs from the finale of Produce 101, would be included in the album. It was revealed that they got over 30 songs from various producers, and that they vote on what the title song of their first album might be, and on which songs will be included in the album as well. On April 27, it was revealed that the title of their first mini-album will be Chrysalis. On May 4, they officially debuted through the release of their first mini-album and music video for title track "Dream Girls". The following day, they held their debut showcase and fan meeting at Jangchung Gymnasium.

On May 11, Chaeyeon re-joined her company to promote Spell with DIA. On June 7, Mina and Sejeong re-joined their company to promote Act.1 The Little Mermaid with Gugudan. On June 10, it was revealed that Nayoung, Chungha, Jieqiong, Sohye, Yoojung, Doyeon and Somi will be members of the group's sub-unit. On July 10, it was announced that Yeonjung re-joined her company to promote The Secret with WJSN. After releasing multiple teasers and promos, on August 9, they officially released their single "Whatta Man". The song was produced by Ryan Jhun, composer of "Crush" from their previous album and choreographed by Chungha, the group's main dancer. The song was critically acclaimed, winning multiple music shows. On August 15, the group released the digital single "Hand in Hand" to celebrate the 2016 Summer Olympics.

On August 30, it was announced that I.O.I was preparing for a comeback with the eleven members sometime in October. On September 22, it was revealed that the group’s next song will be produced by Park Jin Young, who's company houses Somi. Park was apparently been preparing a song for the group as a gift. Park would also oversee the group's choreography, outfits, music video and photo shoot. On October 11, the group posted a notice on their social media confirming their comeback, and announcing that their new release will be titled Miss Me?. On October 14, they revealed the title song for the upcoming album to be "Very Very Very", and is actually the fastest song Park made with a bpm of 206. On October 17, after multiple teasers, they released the album, and on the same day, held the showcase at Yes24 Live Hall in Seoul. The song was a critical success, winning multiple music shows and achieving their first ever All-Kill.

On November 27, I.O.I announced their final solo concert titled Time Slip – I.O.I from January 20 to 22, 2017. The concert was announced to be held in Jangchung Gymnasium, where the group held their debut showcase. On December 21, it was reported that the group's sub-unit would be releasing a digital single in January 2017 with no promotions on music shows.

On January 10, it was revealed that the group had received various songs from various producers and songwriters as potential songs for their final release as a group. According to several sources in the music industry, I.O.I had finished recording three songs, one of the songs was written by B1A4's Jinyoung, who also composed "When the Cherry Blossoms Fade" for their debut album. The members of I.O.I had to choose just one song for their final release. Finally, on January 17, the group released their final single "Downpour", that was produced and penned by SEVENTEEN's Woozi, who is also Nayoung and Jieqiong's labelmate. The ballad was personally chosen by the members as their final release, in the hopes that their fans can reminisce while listening to this “present.” The song topped multiple charts, eventually receiving an All-Kill.

On January 19, the group attended the 26th Seoul Music Awards, and performed, which was their last official stage performance. From January 20 to 22, they held their final solo concert Time Slip – I.O.I, and the group officially disbanded on January 29, with the members' last television show appearance on MBC's Section TV and the fan cafe closing down on the 31st.

On July 1, 2019, it was announced that I.O.I would make a return under Studio Blue in October that year, with nine members, including Nayoung, Chung Ha, Sejeong, Chaeyeon, Jieqiong, Sohye, Yoojung, Mina and Doyeon. Somi and Yeonjung would not be a part of the reunion due to their scheduled activities.[4] On September 5, a source from the group stated that they would delay the comeback to December in order to ensure high quality to the album. The date has not been decided yet.[1] On October 16, it was announced by Fantagio that Yoojung would temporarily halt activities due to poor health.[5] Following the announcement, a source of the group announced that the agency were discussing about whether they will comeback within the year or whether they will prepare with the goal of a comeback in 2020.[6] On October 29, it was reported that the reunion was virtually cancelled due to Yoojung's hiatus, Jieqiong being unable to participate as she's currently having activities in China, and due to the ongoing Produce X 101 police investigations making the reunion even more difficult to happen.[2]

It was announced on April 20, 2021 that the awaited I.O.I reunion would take place on May 4, 2021 as a live broadcast titled "I.5.I – Yes, I Love It!" in celebration of the group's 5th debut anniversary.[7] Jieqiong and Mina did not attend due to conflicting schedules. However, the former joined the broadcast through video call.[3]

In January 2017, it was announced that Nayoung and Jieqiong (using the stage name Kyulkyung) would debut in PRISTIN. They debuted on March 21, 2017, but the group unfortunately disbanded on May 24, 2019. Nayoung left Pledis Entertainment to pursue her acting career and signed under Sublime Artist Agency. Jieqiong stayed under Pledis Entertainment but pursued her career back in China.

On January 29, 2017, MNH Entertainment announced Chung Ha would be debuting as a soloist. She officially debuted on June 7, 2017, with her mini album Hands on Me.

While still active members, Sejeong and Mina debuted in gugudan on June 28, 2016. Due to the debut, Mina was absent from I.O.I's Whatta Man. After the disbandment of I.O.I, Sejeong and Mina both continued activities with gugudan, Mina debuted in gugudan's sub-units Gugudan OGUOGU and Gugudan SEMINA. In 2016, Sejeong made her solo debut with 'Jelly Box Flower Way'. In 2017, Sejeong made her acting debut in 'School 2017' and Mina made her acting debut in 20th Century Boy and Girl. On December 30, 2020, it was announced that gugudan will disband on the 31st. After the disbandment of gugudan, Sejeong is still both active as a soloist and actress, and Mina is also active as an actress.

After I.O.I's disbandment, Chaeyeon returned to her activities in DIA. She debuted in DIA's sub-unit BCHCS on December 29, 2016. She is also active in her acting career.

After I.O.I, Sohye did not continue to be an idol and pursued her career as an actress as she was trained for.

Yeonjung was added into WJSN as the thirteenth member and she made her debut with the group's second mini album The Secret. In 2019, she joined the vocal survival show V-1, where she became the winner of the show.

On May 1, 2017, Fantagio Music announced Yoojung and Doyeon would be debuting together in Weki Meki. They debuted on August 8, 2017. They are both active as actresses. As with Yeonjung, Yoojung also participated in V-1 but was eliminated. In 2018, Yoojung and Doyeon were announced as members of special unit group WJMK.

In January 2017, Somi signed an artist contract with JYP Entertainment, However, later in 2018, she terminated her contract and signed with The Black Label. In 2017, she debuted in a special girl group Unnies and then another special girl group Girls Next Door. On June 13, 2019, Somi finally debuted as a solo artist with her digital single "Birthday". 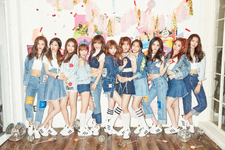 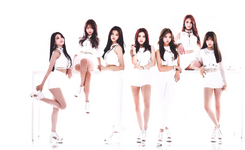 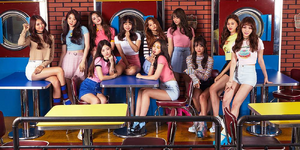 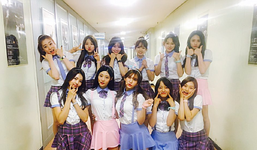 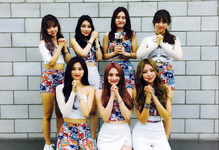 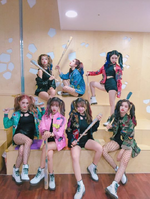 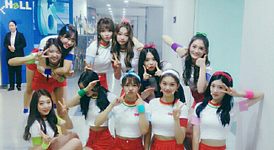 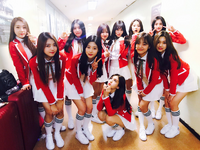 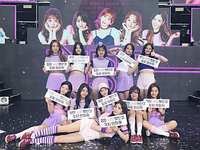