Hyerim (혜림; also known simply as Lim (림)) is a South Korean singer currently under rrr Entertainment. She is a former member of the girl group Wonder Girls.

Coinciding with Sunmi's departure from Wonder Girls, JYP Entertainment announced on January 22, 2010 that Hyelim would be joining Wonder Girls as a new member.[1]

She made her official debut as a member of the group on May 15, 2010 with the group's third single album "2 Different Tears".

On January 26, 2017, JYP Entertainment announced the group would be disbanding after Yeeun and Sunmi decided not to renew their contracts with the agency. Meanwhile, Hyelim and Yubin renewed their contracts.

The group's last single "Draw Me" was released on their tenth debut anniversary–February 10, 2017.

On January 28, 2020, JYP Entertainment announced that she, alongside fellow former Wonder Girls member Yubin, decided to leave the agency following the expiration of their contracts three days prior.[2]

On March 9, 2020, it was announced that she had signed on with Yubin's newly established agency rrr Entertainment.[3]

On March 13, 2020, it was announced Hyelim has been dating a non-celebrity for seven years. The couple will be part of MBC's upcoming variety show Don't Be Jealous.[4]

Later that day, her non-celebrity boyfriend was revealed to be taekwondo athlete Shin Min Chul.[5] 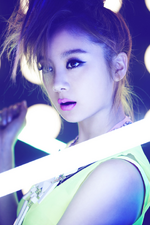 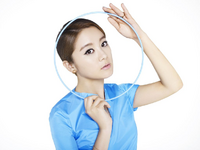 Retrieved from "https://kpop.fandom.com/wiki/Hyerim_(Wonder_Girls)?oldid=172385"
Community content is available under CC-BY-SA unless otherwise noted.