Kpop Wiki
Register
Don't have an account?
Sign In
Advertisement
in: 1993 births, May births, Person article stubs,
and 5 more

Brand New Music (2019-present)
Pledis Entertainment (2013-2019)
Han Dong Geun (한동근) is a South Korean ballad singer currently under Brand New Music. He was the winner of MBC's Star Audition 3 and debuted on September 30, 2014 with the single "Making A New Ending For This Story".

On December 20, 2019, it was announced that his exclusive contract has expired with Pledis has expired. They released a statement declaring that they came to a mutual agreement to go their separate ways.[1]

On December 26, 2019, it was announced that he had signed with Brand New Music after previously leaving Pledis.[2] 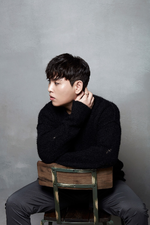