Red Dahlia
HINAPIA (희나피아) is a five-member girl group under OSR Entertainment. They debuted on November 3, 2019, with the digital single album "New Start".[1][2]

On October 20, it was confirmed by OSR Entertainment that they would debut their first girl group and it would count with four former PRISTIN members, being Minkyeung, Gyeongwon, Eunwoo and Yaebin, and one more trainee, who was treated as a hidden member. On October 23, the group's social media accounts were opened, revealing their name to be HINAPIA. On October 25, they released the schedule plan for their debut, set for November 3 with the release of the digital single "New Start" with their debut showcase to be held the following day.[3]

From October 27 to 29, all five concept photos of the members were posted, including the hidden member, then revealed to be Bada, a new trainee of the agency who was known by her dancing skills. On October 30, the group made their first appearance on a television show, performing the song "Drip" on the music show Show Champion and also the group's concept photo was posted.[4]

On December 9, HINAPIA released their official color, Red Dahlia, as well as their fan name, UBY.[5] 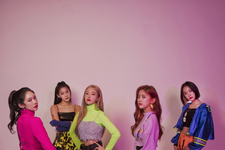 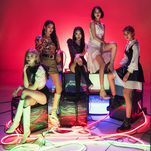 Retrieved from "https://kpop.fandom.com/wiki/HINAPIA?oldid=163181"
Community content is available under CC-BY-SA unless otherwise noted.