H1-KEY (하이키; read as High-key) is a four-member girl group under GLG. They made their debut on January 5, 2022 with the single album "Athletic Girl".

On November 18, 2021, Naver News revealed that Grandline Group (GLG), the newly-established K-pop sub-label of Grandline Entertainment (GRDL), would be debuting a new girl group on January 5, 2022. The group name is inspired by the word "high-key", and aims for a confident and healthy beauty.[1] Later on November 20, 2021, the group announced their official SNS accounts.[2]

On December 21, 2021, via the group's SNS it announced with a promotion schedule that they will make their debut with the first single album titled, "Athletic Girl", which was released on January 5, 2022.[7] 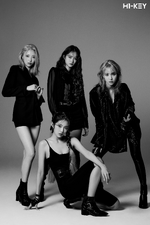 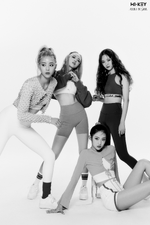