gugudan (구구단) is an eight-member girl group under Jellyfish Entertainment. They debuted as nine on on June 28, 2016 and are Jellyfish's first girl group. Their name stands for 'multiplication table' in Korean, and represent the nine different charms of each member.

Despite early reports being denied of members Sejeong and Mina debuting in a three member girl group with Nayoung, it was stated that they will be part of Jellyfish Entertainment's first and new girl group.[1] After multiple teasers, on June 17, the group's name was revealed.[2] On June 28, the group officially debuted with Act.1 The Little Mermaid, with the title song "Wonderland". The song used the fairy tale of a mermaid as motif.[3][4] The next day, they announced their mascot, a cute blue fox-type creature named "Ggyu" who will deliver news about the group and connect to fans.[5]

On January 20, it was reported that the group was set for a February comeback.[7] On February 15, the group dropped their first teaser image for their upcoming comeback through their social media accounts. Their new album was titled Act.2 Narcissus, with the teaser image playing on the the theme of Narcissus from Greek mythology. While the group was originally scheduled to release their album and music video on February 28 at 12 a.m. KST, It was rescheduled to be released on February 27 at 6 p.m. KST after major Korean music sites will be undergoing a reform in how their charts are managed. After multiple teasers, on February 27, the album was released with the title song "A Girl Like Me".[8] The album reinterpreted the term "Narcissism" to express a more positive message unique to the group, of loving ourselves as we are. The group used the 16th century Italian painting Narcissus by Caravaggio as a motif for the album. The title track is described as a song that appeals to the group's charms in a cute and confident way, to a guy that they have fallen in love with at first sight. The song was described as having an exciting beat and addictive lyrics.

In Early October, it was announced that gugudan will be making a comeback as an eight-member group do to Soyee's leg injury and her taking a break from the group's activity's.[9] The group's first single "Act.3 Chococo Factory" was released on November 8, 2017 with "Chococo" being used to promote the single. The title track was described to be an upbeat electro-pop song and was inspired by the story Willy Wonka & the Chocolate Factory with the music video growing more surreal as it progresses.[10] The M/V is filled with references to popular brand's like: M&M (named G&G in the video), Hershey’s Kisses (with the girl's even wearing hat's inspired by the candy and Hana advertising the treat to a fellow band-member Sejeong), Ferrero Rocher (here called Mimiro Rocher) and Sejeong later going Super Saiyan in reference to the popular anime series Dragon Ball.

On January 15, 2018, it was announced by Jellyfish Entertainment that the group will make a comeback with nine member's after Soyee's hiatus.[11] On January 18 the single's title was confirmed to be "Act.4 Cait Sith" and from January 19–22, the group released teaser image's for the album and members. On January 24, released "Waltz A Cappella", a teaser video for the title track, "The Boots".[12] The music video for "The Boots" was released on January 31, with the release of the single being pushed back a day due to schedule complication's.[13] The song is about being yourself and loving who you are.

On May 17, Jellyfish stated that Hyeyeon would be taking a break from activities due to health concerns.[14] On October 25, it was announced that she would be leaving the group but would continue to be signed under Jellyfish.[15]

gugudan made their debut in Japan with the release of Stand By on September 19. On September 21, the group held their debut showcase and fanmeeting titled Gugudan 1st Showcase ＆ Fanmeeting "Dear Friend" in Tokyo, Japan at Tokyo Akasaka Blitz.[16] 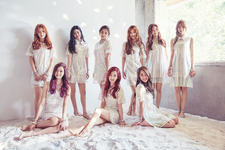 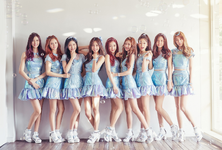 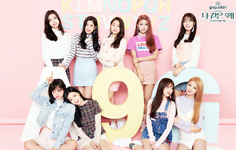 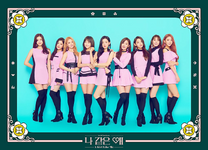 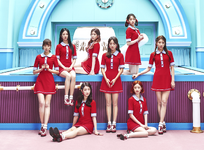 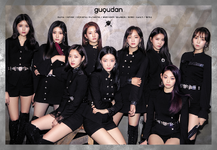 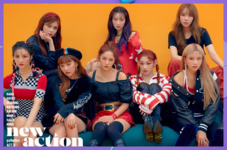 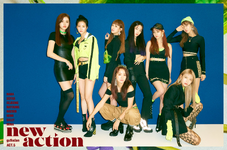 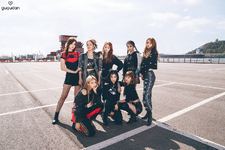 Retrieved from "https://kpop.fandom.com/wiki/Gugudan?oldid=173121"
Community content is available under CC-BY-SA unless otherwise noted.