Girls Planet 999 is based on the themes and aesthetics of space where each of the three groups (Korea, China, Japan) represents a 'Planet'. In addition to the three 'Planets', there will be a 'Master Council' made up of the two 'K-op Masters' whose role is to mentor the 99 girls, four 'Vocal/Dance Masters' who will train the contestants' vocal, rap, and dance skills, and the 'Planet Master' who is the MC with the role of connecting the viewers with the show. Outside of the 'Master Council' are the fans and audience who will be known as the 'Planet Guardians' with the role of determining the ranks of each contestant and ultimately the outcome of Girls Planet 999.[3] Finally, the mobile app and web platform 'UNIVERSE' will connect the contestants and the 'Planet Guardians' via voting.

On January 11, 2021, a teaser was dropped for Mnet's new survival show, Girls Planet 999. The show will consists of female contestants from Korea, China, and Japan who share the same dream of debuting in a girl group. The voting will be done through NCSOFT's new platform, UNIVERSE. Auditions for potential contestants were held throughout February 2021.[4]

Ahead of the premier episode, the show's theme song, "O.O.O" was released digitally across music platforms on July 12, 2021.[6][7] In the same week, official performance videos were released featuring each group performing the theme song, and individual profiles of the K-Group contestants was also revealed.[8][9][10]

Girls Planet 999 begins with MC "Planet Master" Yeo Jingoo introducing the concept of the show. Next, the 99 contestants are slowly unveiled as they enter the main stage and are seated in pairs of 3, each from a different Group (K, C, J). It is revealed that each individual pair of 3 is referred to as a 'Cell', the smallest unit of Girls Planet 999, and each Cell may survive or be eliminated together by the votes of Planet Guardians. However, they may form new Cells with new people to guarantee survival if they earn a 'TOP9 Candidate' pass from the K-pop Masters and Vocal/Dance Masters, with selection priority given to the final 'TOP9' out of all 'TOP9 Candidates'. With this, the first half of the stage performance begins, named 'Planet Demo Stage'.

The second half of the Planet Demo Stage performances continues and concludes. The panel members have selected the TOP9 contestants, who are announced to be [in order], Ezaki Hikaru, Kang Yeseo, Shen Xiaoting, Su Ruiqi, Jeong Jiyoon Seo Youngeun, Yujin, Cai Bing and Kuwahara Ayana. The TOP9 in order of priority select new Cells members, while the remaining contestants chose to either reorganize or remain in their current Cell. With the new Cell arrangements, the contestants end the day and rest in their dorms.

The next morning, the contestants waken to a 'Morning Mission' challenge in which Cell members separately attempt to find one another's baby portraits laid out on a table; the first Cell to complete the challenge earned 1st place, with the last Cell in 33rd place.

Later, the contestants gather in front of Planet Master Yeo Jingoo who introduces the next performance stage, named the 'Connect Mission', where 3 Cells will perform one song as a team. The pre-selected songs for performance are revealed to be: "How You Like That", "Fiesta", "The Fifth Season", "Yes or Yes", and boy group songs "The Eve", "Mic Drop", and "Pretty U". Two teams will perform one song in a battle, with the winning team receiving doubled votes, however, three teams will perform from the boy group song list with the winning team receiving triple votes. In a twist, it's also revealed that the best team out of all five winning teams will earn a chance to perform live on M Countdown. And so, teams are selected with priority given according to Cells rankings from the previous 'Morning Mission'.

Episode 3: Connect (You Too Are Attracted To My Universe)

The current cell rankings are shown at the start of the episode. The contestants start to prepare for the first mission, the Connect Mission.

Before the performances, a dance battle is held to determine the order of the performances. The dance masters judge and give feedback, and the girls continue to practice.

Then, the performances begin with "Yes or Yes" Team 1 and "How You Like That" Team 1 winning out against the other teams. At the end of the episode, "The Eve" is ready to perform. 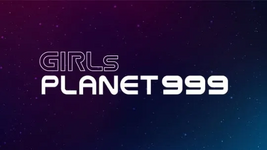